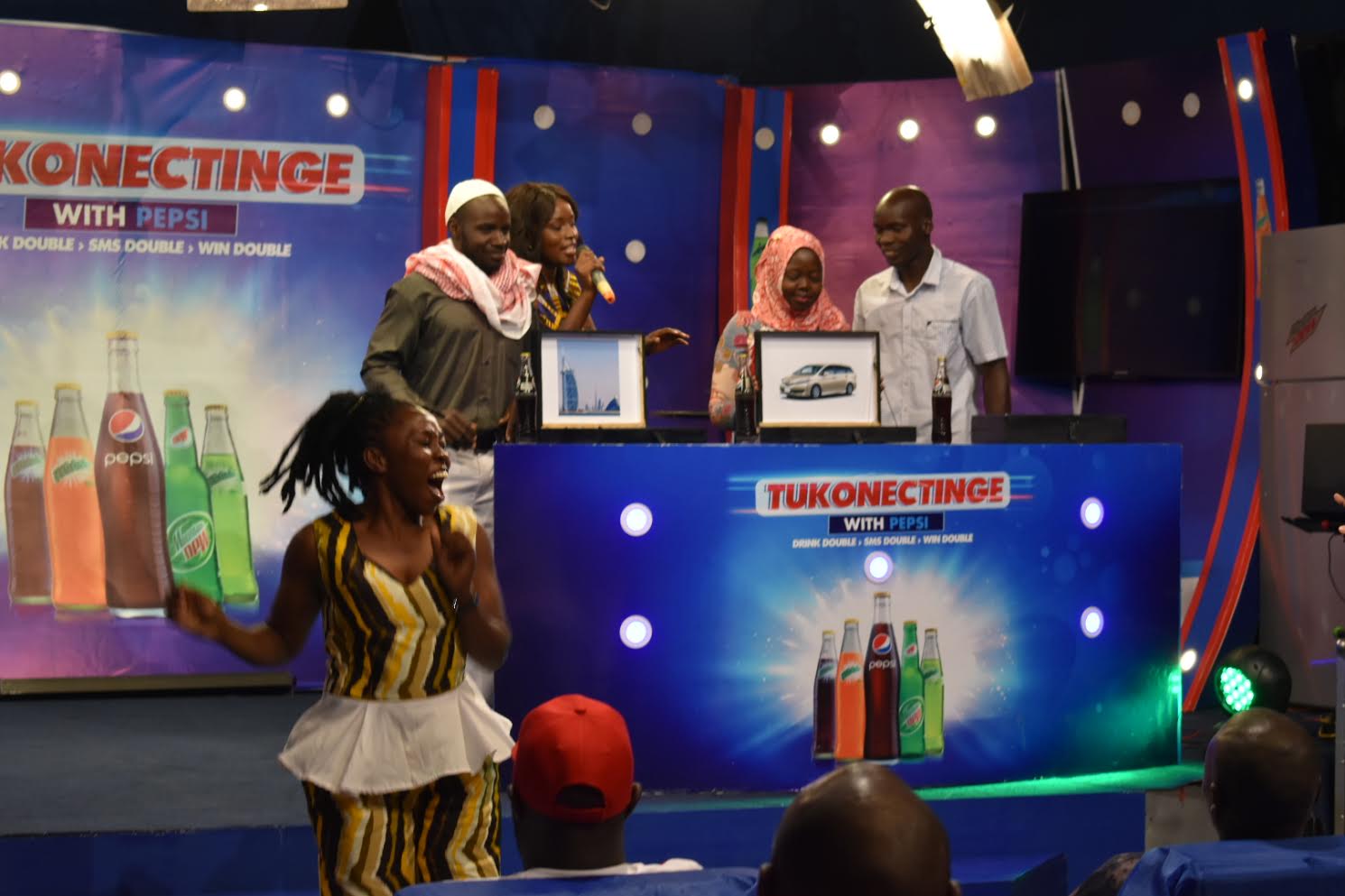 “I must confess that it was very tense in the live studio show because when I opened the prediction box, I did not know what I had won. After I was told, I just broke down with tears of joy because Allah had answered my prayer. Am thankful to Allah for this early Iddi gift that he gave me,” Nagawa said.

Nagawa’s colleague, Pauline Karungi with whom they won said it was a dream come true for her to own a car that she said cannot wait to drive with friends and family members.

According to Allan Mbabazi, the trade sales manager for Crown Beverages Limited in charge of Kyenjojo underscored the campaign’s target.

“This year’s promotion is aimed at deepening existing and creating new relationships in Uganda, by connecting people with those they love and care about particularly during the festive seasons of Easter, Martyrs day and the Ramathan period,”Mbabazi said.

Crown Beverages Limited under their flagship soft drink, Pepsi launched the ‘Tuconectinge’ promotion and in it, the company said they had sunk a whooping shs4 billion.

The four month campaign targeting Easter, Idd and martyrs day celebrations will end in June where 24 loyal customers will win fully-paid trips to Dubai in the United Arab Emirates, 25 Toyota Wish cars and 24 fridges among other prizes.