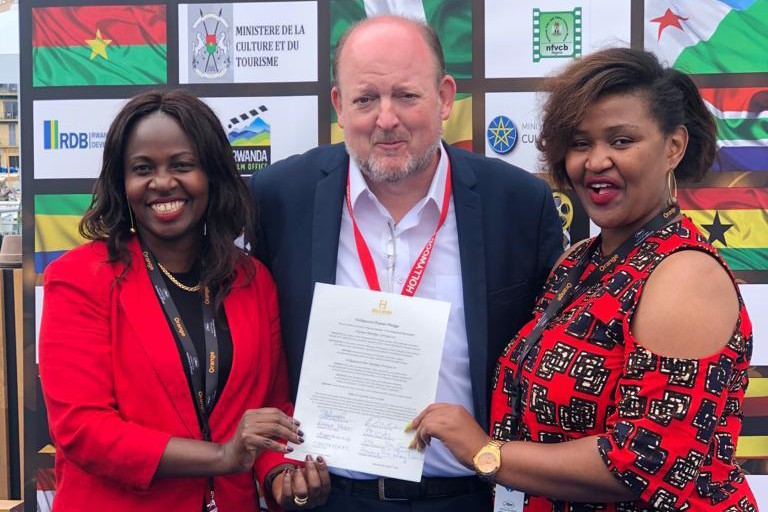 Uganda Communications Commission (UCC) has signed an agreement between Uganda and Hollywood Film Festival at the ongoing Cannes Film Festival in Paris, France.

The agreement, according to a statement by UCC, paves the way for Ugandan content to showcase in  Hollywood, arguably, the world’s most prominent film city.

The agreement was signed by Bradford Parks, the Chairman and Executive Director for Hollywood Film Festival, and Meddie Kagwa, the Head of Multimedia and Content on behalf of the UCC Executive Director, Eng Godfrey Mutabazi.

The highlights of the agreement provide for ; opportunities for Ugandan film and content  to showcase on the most prominent International stage as well as for Ugandan participation in Hollywood productions.

Related: Uganda Heads to Cannes Festival in France to Market Potential in Film

It further focuses on promotion mentorship and  co-productions between Uganda and Hollywood.

UCC says the agreement comes at an opportune time when the  Ugandan film industry is growing in leaps and bounds.

Speaking at the signing ceremony, Bradford Parks said he was excited at the uniqueness and emergence of great  Ugandan talent as was exhibited at the Cannes Film Festival.

Uganda was represented at the festival by the Commission, Uganda Tourism Board, Media Council and independent filmmakers.

According to the Uganda Tourism Board CEO, Lilly Ajarova, this agreement provides an opportunity to market and promote Uganda as a premier film destination.

“We are delighted about this agreement, and we pledge continuous support to the Uganda Communication Commission in promoting the film industry,” Ajarova said. 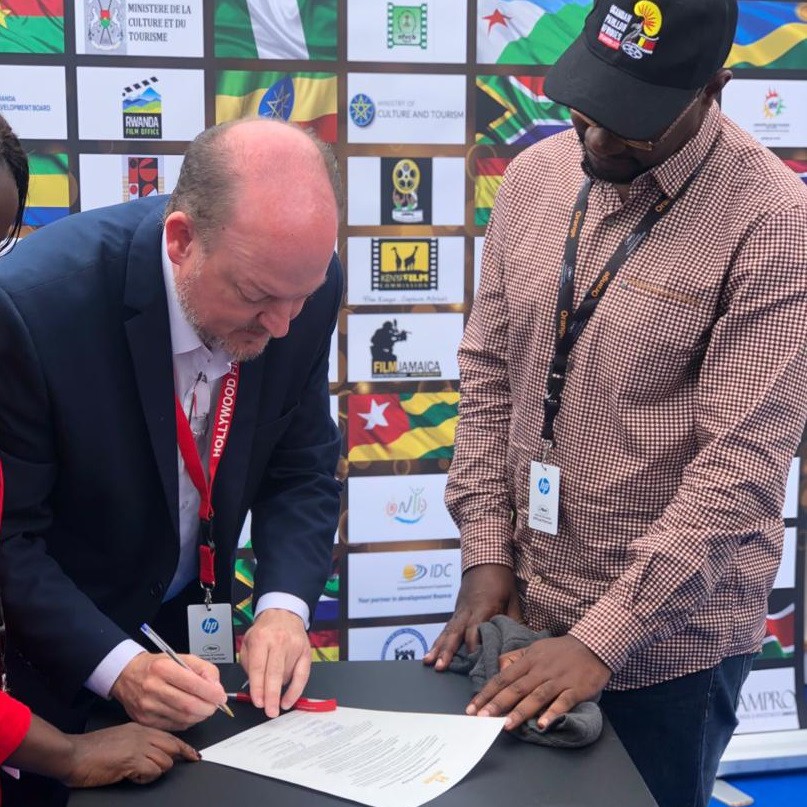