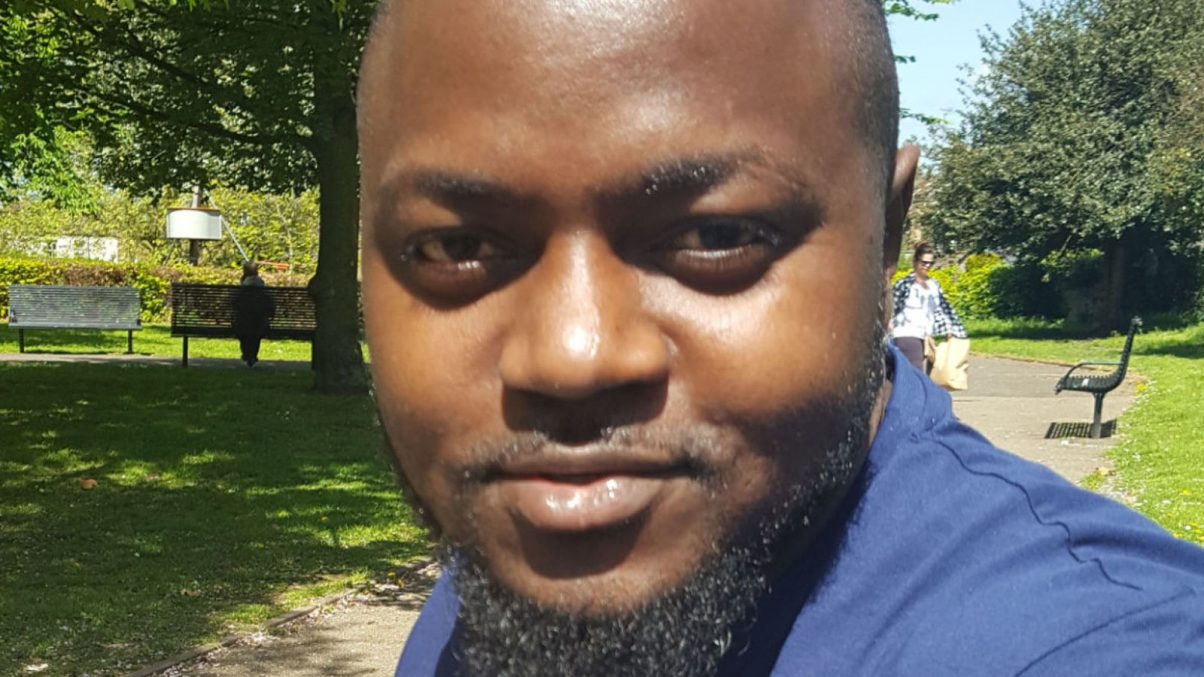 Police in the UK this week released CCTV footage of a 28 year Aron Kato, who was kidnapped in April and remains missing to date.

Kato, a Briton of Ugandan decent has been living in Newham, East London.

On April 18th last month, he was kidnapped in the wee hours of the morning and bundled into a dark-coloured BMW.

Police arrested 7 suspects aged 25 to 39, in connection to the kidnap, but later released them as investigations carry on.

The CCTV footage released by showed Kato being chased and pushed to the ground by an unidentified man. He has not made any contact with his family ever since.

Kato has a three-month-old son with his partner Chanel Naidoo.

“Anyone that knows Aron knows that he is the most bubbly, happy, genuine family man who would do anything to help anyone and he would always go out of his way to make sure we were all looked after,” Ms Naidoo said

According to her before his disappearance Mr Kato had gone out with his son and niece to go bowling and visit a park as he “loved taking the kids out”.

She added: “That evening he left us to go out with his friends, he called me at midnight and told me he loved us and he was going home.

“But the next morning I knew something was wrong when his phone was going to voicemail and he never came home and his family hadn’t seen him either.

Scotland Yard said officers were very concerned for Mr Kato’s welfare, with the search to find him being led by detectives from the Met’s Homicide and Major Crime Command.

Detective Chief Inspector Mick Norman said: “Aron had recently become a father and his disappearance is very much out of character.”