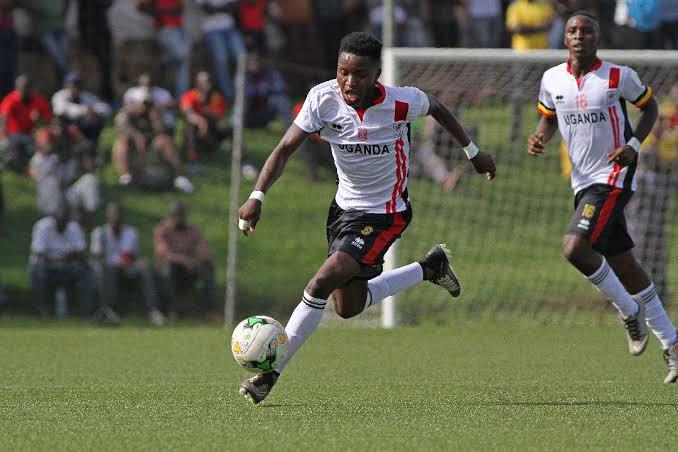 KCCA FC youngster Allan Okello is set to hold trials with Swiss top flight side FC Zurich. The 18-year-old who is currently training with the Abdallah Mubiru’s side that is preparing for the COSAFA championships in South Africa will be released on Sunday to go try his luck in Europe.

The national team tactician Mubiru confirmed the developments to Nile Post and also revealed that Sports Club Villa’s industrious midfielder David Owori will be Okello’s replacement in the team.

“We came to to decision to release Allan Okello to go for trials after consultations with FUFA , his club KCCA FC and the head coach Sebastien Desabre and we wish him success . We hope to replace him with SC Villa David Owori . They have started to work on his Visa so that its ready by Tuesday 28th/05/ 2019 then good enough he will be able to travel with us.

Allan has been good and he is a good player, we have been working on the strategy and plan and he has been very key in that plan so now falling out its a major setback but we are going back to the drawing board and organize again because there’s nothing to do that’s our job. “

Okello sparked social media uproar when he was dropped from Sebastien Desbare’s Uganda Cranes squad that is preparing for the AFCON finals in Egypt next month with many labelling him as one of the most naturally gifted footballers in the country.

The left footed attacking midfielder announced himself in Uganda’s top flight with a hat trick for KCCA FC on his league debut against Onduparaka on the 25th of February 2017.

This young adult has had several game changing displays for Mike Mutebi’s side both locally and on the continent.

In an interview with Next Media last year, KCCA FC manager Mike Mutebi revealed that the club values the youngster at above 500,000 US Dollars.

Meanwhile, Yeovil Town’s defender Bevis Mugabi is rearing to go as the Sebastien Desbare’s AFCON bound team continues to prepare for the AFCON finals slated to kickoff on june 21st in Egypt.

While speaking after Friday’s morning gym session at the Kabira country club, Mugabi shared his ambition with Nile Post’s.

“Am pretty comfortable now with the team. Am a defender and defending is my job and i like dominating my opponent. I was given the opportunity to be part of this team and ready to take it worth both hands, so am ready am ready to take it. “

The team is set to travel to Abu Dhabi next week for a three week camp before crossing to North Africa for the finals of the biggest football show piece on the continent.