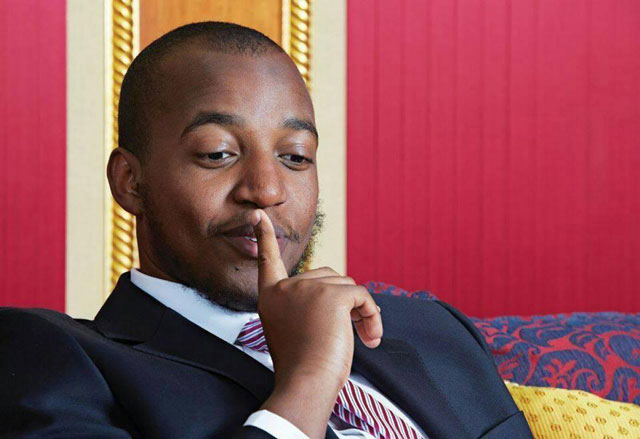 Fort Portal, Uganda | THE INDEPENDENT | Oyo Nyimba Kabamba Iguru Rukidi IV, the King of Tooro Kingdom has trimmed his cabinet from 33 ministers and their deputies to 17 following two years of service.

The changes were announced during the Supreme Council Sitting at Mucwa Rukurato Hall in Fort Portal on Friday.  According to the new cabinet, Oyo has merged the Ministry of Natural Resources with that of Lands and dropped the minister, Nesta Larry.   Other dropped are Ann Bagaya who was the Tourism Ministers. She has been replaced with Joan Kantu while Grace Kazigati has been dropped from the Agriculture ministry and replaced with Charles Bakyamya.

He has also maintained Edward Kasaija as the Youth Affairs Minister, Michael Wandera as the Sports Minister, Peter Sunday Rusoke as the Gender and Culture Minister among others.

King Oyo also slashed the size of the cabinet by scrapping the positions of deputy ministers from most of the ministries. These include Ministries of Sports, Foreign Affairs, General Duties, Finance and Agriculture, among others.

Oyo said the changes are meant to bring about efficiency and get rid of dormant ministers who haven’t been working as expected. He asked the new ministers to work hard for the betterment of the kingdom.

The council also discussed how it can repossess kingdom assets, especially land tittles still on hands of the Central Government.

Omusuga Charles Kamurasi argued that it is shocking that President Kaguta Museveni visited Tooro Sub –region and refused to meet the king.

Kamurasi, who was so bitter, noted that it could be possible that Museveni is intentionally refusing to return the Kingdom assets because he undermines its leadership.

After lengthy discussions about the issue, the Supreme Council resolved that they petition the president demanding the assets.   Tungakwo appreciated the resolution, saying that all concerned offices, including that of the Attorney general had agreed that the assets be returned but Museveni has since delayed to append his signature on the Memorandum of Understanding between the kingdom and the government.

The kingdom’s legal team has now been tasked to write the petition.