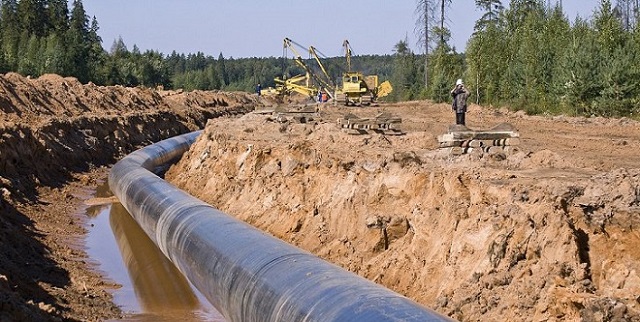 Kampala, Uganda | THE INDEPENDENT | Residents of Lwengo, Rakai, and Kyotera districts have protested the irregularities in the valuation process of the East African Crude Oil Pipeline project.

Total Uganda contracted NEWPLAN Limited to carry out the mapping and valuation exercise. It rolled out operations around April 2018.

In Lwengo district, at least over 150 households in Lwengo Town Council, Lwengo rural and Ndagwe sub-county claim the company failed to follow guidelines of such a big project which may affect the whole process.

Cosma Kyebanja, one of the Project Affected People (PAPs) in Byangiri village in Kitto parish, Lwengo Rural, says they are being harassed and forced to sign different forms without clear explanation.

He adds that they were also told to fill the valuation forms using a pencil, and then sign in ink.

The pipeline path is about 13 meters from his house but says that the valuers did not record it for compensation.

His wife Annet Nankasi expressed worry that they may suffer huge losses due to the mismanaged process.

He further notes that in some meetings, company’s valuers trick the Local Council (LCI) chairperson to stamp and sign empty forms without explanation which has posed many questions.

George William Mutabaazi, the Lwengo District Chairperson, says that it was discovered that the company did not document some of the resident’s buildings including residential houses mosques, eucalyptus trees, plus food plantations namely banana, coffee, maize, and beans for compensation while others are undervalued.

He explains that the company supervisors and workers secretly visit affected communities without notifying the district leaders.

Mugabi further noted that district leaders are not fully involved in the exercise.

NEWPLAN’s Public Relations Officer Daniel Walusimbi referred us to Total Uganda for further inquiries about residents’ concerns. He says they make daily field reports and submit them to Total.

A Total Uganda official, who preferred anonymity, says that they have received several complaints about NEWPLAN. He says that if they mess up the project Total may be forced to cancel their contract.

He says that each property that is destroyed must be valued fairly.

“When the subcontractor works contrary to the set guidelines, it is the main contractor’s image which is tarnished,” he stated.