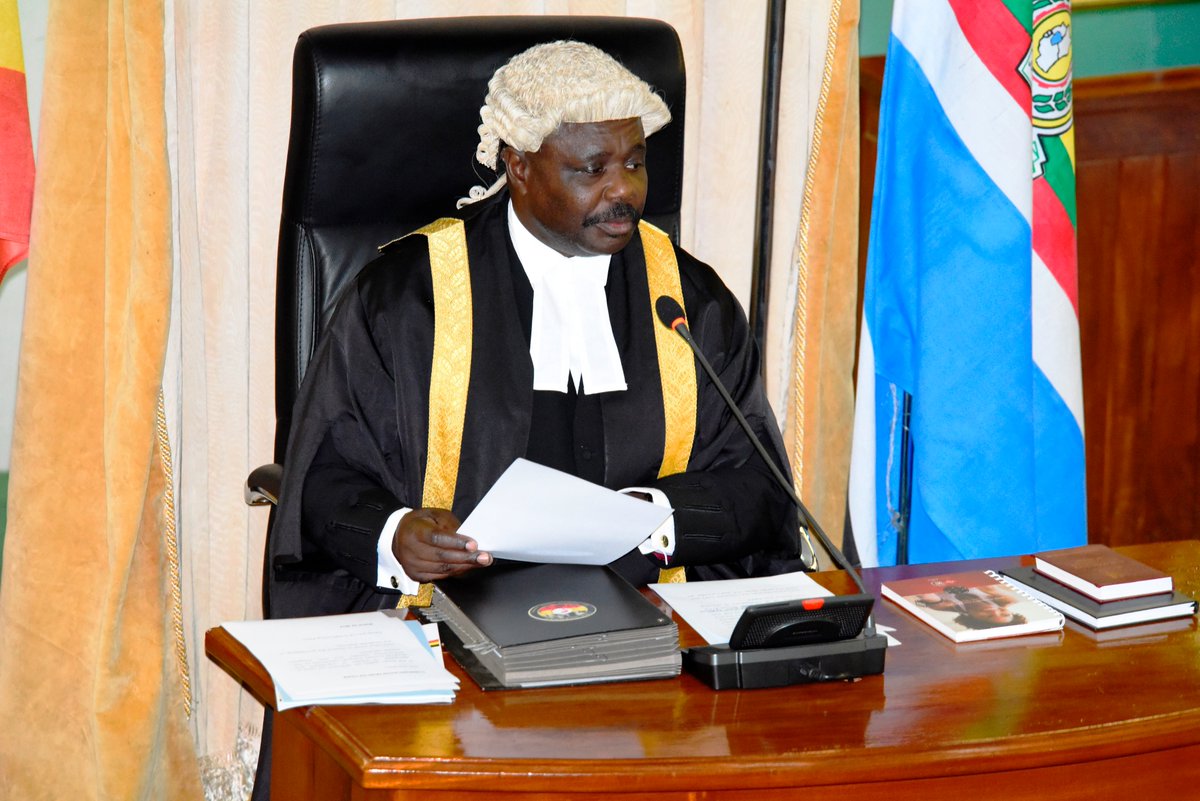 Deputy Speaker of parliament Hon Jacob Oulanyaha has decried the manner in which the 40.5 trillion Shillings budget for the 2019/20 financial year has been passed.

The Deputy Speaker while reacting to concerns raised by some of the MPs, termed this as ‘an unfortunate year in terms of budget processing.’

“We all know that we never had ministerial policy statements a month after the deadline and I was hoping that the government chief whip when she got up to appreciate members would have concluded with an apology and promised to do better” he said.

Earlier, Hon Muwanga Kivumbi said that this budget would be remembered as one that was passed without debate and member’s views were not listened to.

“We take it with a heart of stone that it will be the first budget that was passed without debate. It is unprecedented that members had opinions but were not listened to”, Kivumbi said.

From the approved report of the budget committee on annual budget estimates for financial year 2019/20, the agricultural sector, tourism and health sector got an increment in apportioned funds.

Ministry of Health has been given 2.5 trillion compared to the 2.3 trillion it received in the 2018/19 financial year.

Similarly, security has been allocated 3.6 trillion in comparison to 2.1 trillion it was allotted previously.

There has also been a marked increase in public administration costs and legislative expenditure which have increased by 45.5% and 12.8%.

Particularly, running government alone will cost 900 billion in comparison to 624 billion it received in the 2018/19 financial year.

Besides that, legislature has been given 561 billion up from 497 billion while public sector management has been allocated 789 billion an increase of 28.8%.

Among sector that have experienced budgetary cuts include; ICT and national guidance which has a take home of 123 billion as opposed to 149 it received in this financial year.

Also, allocations to the Lands and housing and urban development have declined by 4.5% to 193 billion shillings while water and environment will also be allocated 1 trillion a decline of 17.6%.