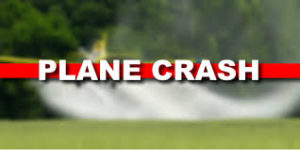 A pilot is confirmed dead after a single-engine airplane crashed Saturday on St. Simons Island on the Georgia coast, the Glynn County Police Department said.

The plane took off Saturday morning from Savannah International Airport.

Officials believe the pilot was the only person on the plane, Lt. Brian Scott with the Glynn County police said. The pilot’s identity is being withheld until notification of the next of kin, Scott said.

The crash on the northern end of the island didn’t affect any homes or bystanders, he said.

The Federal Aviation Administration will investigate, and the National Transportation Safety Board will determine the probable cause of the accident.