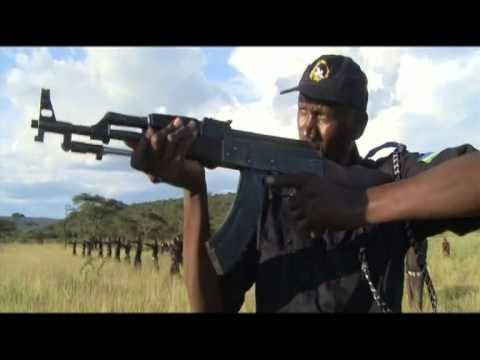 Kigali has denied reports her security personnel crossed into Uganda before shooting dead a Ugandan and Rwandan national, saying the incident occurred within the Rwandan territory.

Uganda’s Firesign Affairs Ministry said at about 1955 hours, John Batista, 25, a resident of Nkoba cell, Ntarabwe Parish, Burasirazooba sub-county, Nyagatare district attempted to cross into Rwanda on a motorcycle loaded with his merchandise but turned back upon seeing security presence across the border.

He was chased and intercepted by two armed Rwandan soldiers, a distance of more than 50 meters inside Ugandan territory at Hamisavu Trading Centre.

“The victim resisted arrest and was shot and died instantly,” reads Uganda’s protest note to Rwanda.

“The armed soldiers in addition shot Alex Nyesiga, a Ugandan National who tried to intervene.”

Nyesiga died on the way to a nearby health Centre.

On his part, Kabera said the “suspect resisted and turned violent and was joined by others who attacked the officers with machetes while attempting to flee back to Uganda.”

Kabera added: “The officers shot dead two people, one Rwandan who died instantly and one Ugandan who later died.”

He also said “once the gang left behind a motorcycle (RE736G) laden with smuggled used clothes (caguwa).”

This would imply that the Rwandan national succumbed to gunshots inside the Rwandan territory while his alleged accomplices fled to Uganda.

Kabera does not explain how the dead body of a Rwandan shot inside Rwanda territory ended up on Ugandan side.

Uganda maintains the Rwandan soldiers “retreated back to Rwanda after failed attempts to forcefully remove the body from Ugandan territory.”

Rwanda said her officials along the border today met with Ugandan counterparts and locals over the issue.

Rwandans resorted to smuggling due to shortage of consumer goods.

A Rwandan man, according to Ugandan authorities, was recently shot dead by Rwandan security officers as he smuggled goods along the border.

This was after a pregnant Rwandan woman died after crossing into Uganda as she was being pursued by Rwandan soldiers, Uganda Red Cross Society said.

The Friday night incident, which Uganda described as “serious” comes high on the heels of renewed tension that has raised the prospect of a possible armed conflict between the two neighbours.

On the other hand, Kampala accuses Rwanda of espionage, masterminding kidnaps and shootings in Uganda and engaging in acts that threaten the country’s security. Kigali denies the accusations.

Uganda today bluntly told Kigali to “take appropriate measures to avoid recurrence of such provocative incidents in the future.”

But Rwanda appeared defiant, saying in the Saturday night statement that her security forces “will continue to act with the professionalism they are known for, and for which they need no lectures.”