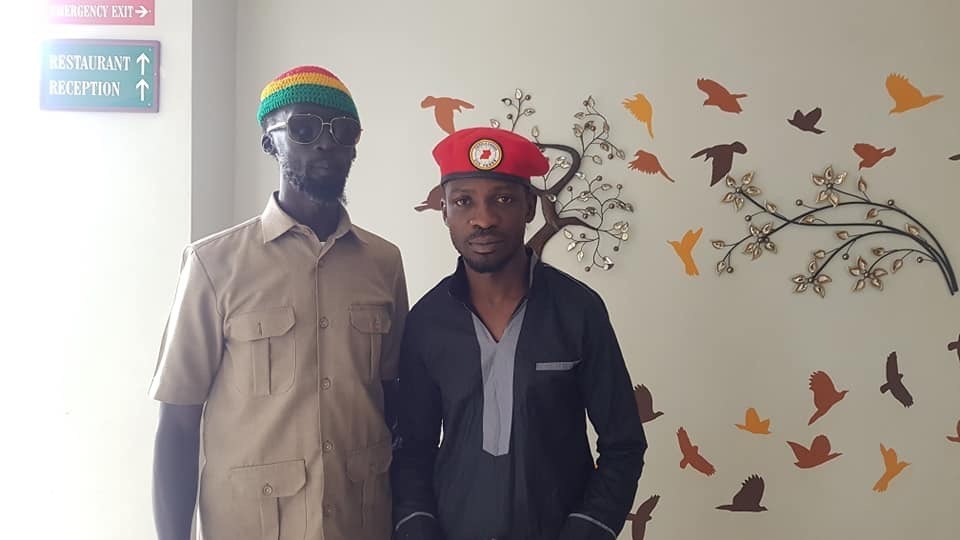 Bobi Wine spoke at the 5th National Congress of the Movement for Democratic Change (MDC) on Saturday in Zimbabwe.

The function is taking place at Ascott stadium in Gweru province under the theme “A new course for Zimbabwe”.

Although he was barred from singing while in Zimbabwe, he kick-started his speech with an acoustic performance of his heavily laced nationalistic song ‘Zukuuka Bambi’.

Thereafter, he took Zimbabweans through Uganda’s political history which he termed as a story of ‘broken promises and unfulfilled dreams’.

Deducting from recent events on the African continent, Bobi Wine said despite adversities, time had come for masses to rise up and overthrow dictatorial leaders.

He says leaders who once showed promise have turned into colonial agents in pursuit of selfish ends.

“The new colonizers have been merciless for a lack of a better word, gangsters. They have enriched themselves while the health care system limps and education remains a sham”, Bobi says.

He, however, did not propose concrete solutions to the challenges bedeviling Africa.

The singer-turned-politician said change agents must transcend their ideological differences and focus on achieving their common objective.

In the case of Uganda, he said President Museveni who has been in power for 33 years now shows no signs of quitting.

“Time has come for Africans to dismantle the strong man syndrome, to put an end to gun power and replace it with people power. A people united shall never be defeated,” he said.

Bobi Wine says as history has shown, the once cherished leaders have turned out tormentors, while seemingly good leaders have become dictators.

Babu Owino pointed out that God will punish those that play fiddle to oppression.

Summing it up, the Embakassi East legislator urged people to join efforts with like-minded revolutionaries all over the continent to cause desired change.