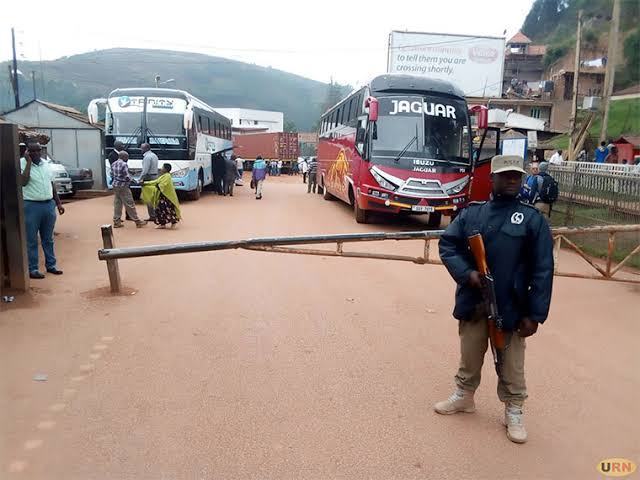 Uganda is planning a big ceremony for the handover of the body of a Rwandan national who was shot dead inside Ugandan territory near Katuna border on Friday night.

ChimpReports has learned that Uganda has invited diplomats from the East African countries of Kenya, Tanzania, DRC, Burundi, South Sudan and Rwanda to witness the handover of John Batista’s body to Rwandan authorities on Monday, May 27.

The event will also be graced by Ambassadors from western countries on the United Nations Security Council (UNSC).

“I have been requested to invite you, together with all East African Heads of Missions and the 5 permanent members of the UN Security Council, to witness the handover of the remains of a Rwandese national who was shot and killed in Uganda by Rwanda Army,” a note authored by Dora Kutesa, Deputy Chief of Protocol, Uganda Ministry of Foreign Affairs to regional diplomats reads in part.

“Uganda government will be handing over the remains to Rwanda, tomorrow Monday the 27th of May, 2019 at Katuna boarder at 1300 hours,” she added.

John Batista, 25, a resident of Nkoba cell, Ntarabwe Parish, Burasirazooba sub-county, Nyagatare district attempted to cross into Rwanda on a motorcycle loaded with his merchandise but turned back upon seeing security presence across the border.

Kampala said Batista was chased and intercepted by two armed Rwandan soldiers, a distance of more than 50 meters inside Ugandan territory at Hamisavu Trading Centre.

Kampala said in a protest note to Kigali on Saturday that the victim resisted arrest and was shot and died instantly.

“The armed soldiers in addition shot Alex Nyesiga, a Ugandan National who tried to intervene.”

Nyesiga died on the way to a nearby health Centre.

However, Rwanda disputed this version of events, saying the incident occurred inside her territory.

The Rwandan government did not explain in its statement how Batista’s dead body ended up in Uganda.

Kigali also warned it would not take lectures on the conduct of its security forces.

Uganda’s decision to hold a handover could be aimed at making its case before the international community.

Uganda yesterday protested in the strongest terms what it described as the “violation of its territorial integrity by Rwandan soldiers and the criminal, brutal and violent act by Rwandan soldiers, on Ugandan territory, against unarmed civilians.”