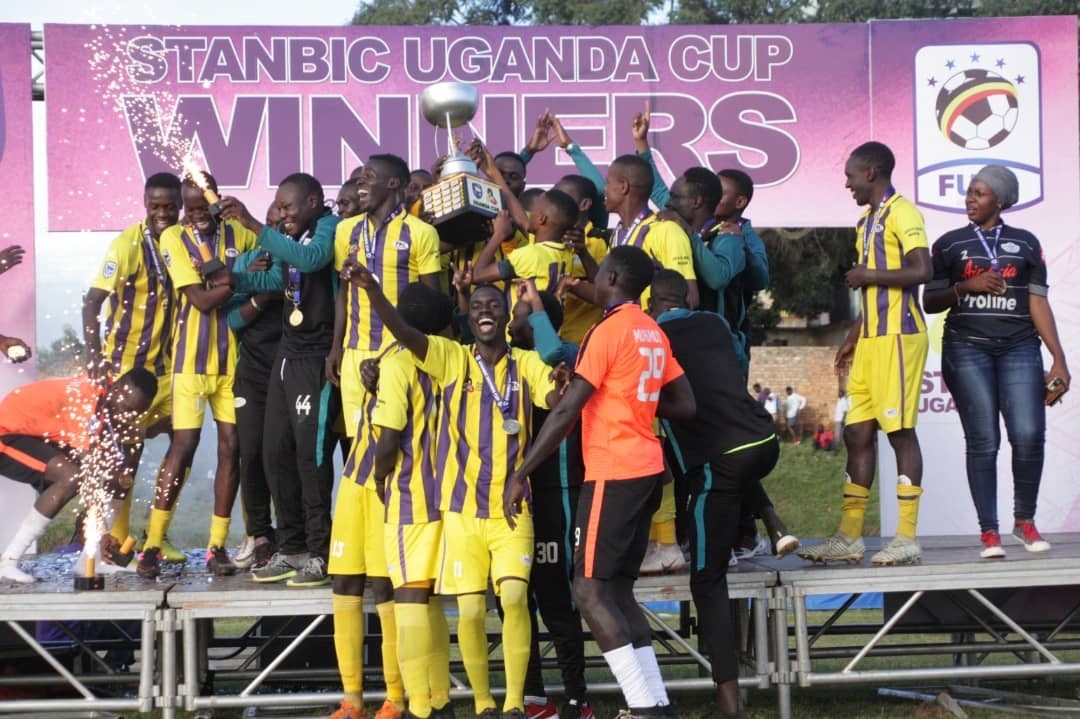 In recent times, several Uganda Cup winners have turned down the chance to represent the country in the CAF Confederations cup due to financial constraints.

The same fears were allayed about a month or so ago by local football stakeholders when KCCA and Vipers and, perhaps, URA were dumped out of the Uganda Cup.

Proline went on to win the tournament on Saturday after beating Bright Stars 5-4 in penalties in Masaka.

However, their stand-in chairman, Hussein Kato Kalibala, has quelled the fears and reassured that the newly-promoted side will mobilise resources and represent Uganda on the continent.

“The questions of whether we have the funds to go to the continent were asked earlier on but we put it down and waited to win the trophy first,” Kato said when the question was posed to him.

He reassured: “We can promise you that we have the capacity to go to the continent and represent Uganda. We can reassure you that much as I can’t state whether we have the money in the accounts or not, the club

has its funders and we shall sit down and mobilize the needed resources to go and play.”

In recent times, only the three mentioned clubs have been able to finance their teams to honour the matches.

To start with, the teams that take up slots to represent at the continent are required to deposit about ten thousand dollars to Fufa as guarantee.