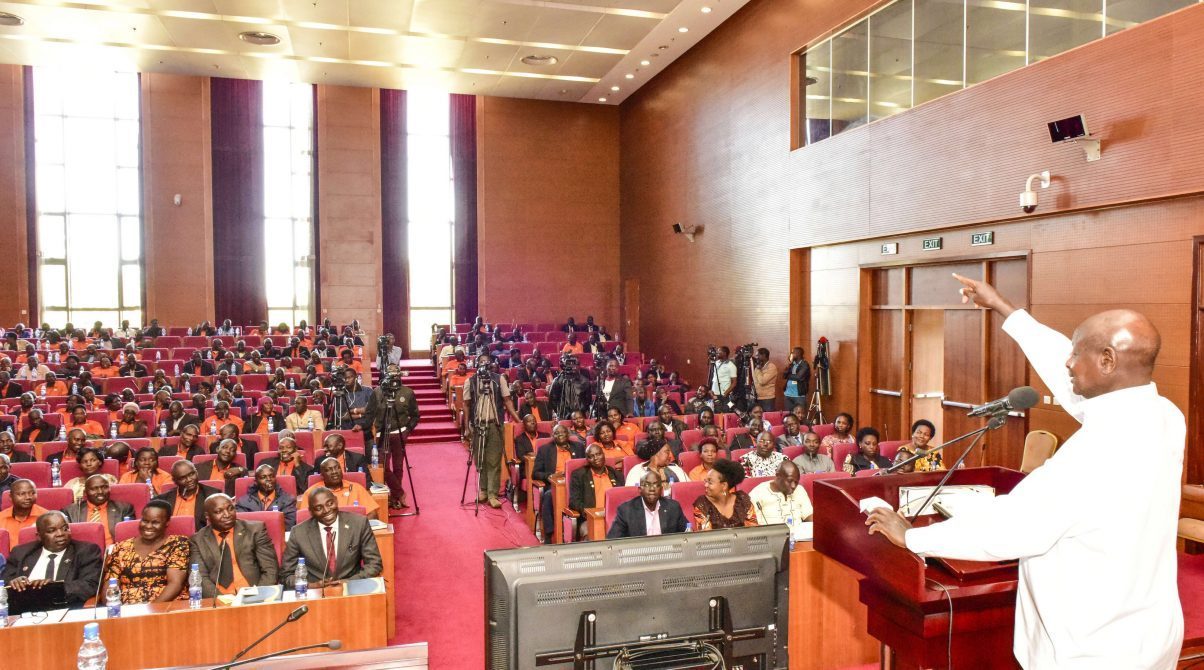 Teachers, under their umbrella organization, Uganda National Teachers’ Association (UNATO), have Sunday afternoon met and held talks with President Museveni and agreed to postpone their intended industrial action and report to classes as schools reopen tomorrow Monday, 27 May.

The meeting, in which the teachers agreed to end their strike over salary increment, was held at the Offices of Prime Minister (OPM) in Kampala and was also attended by Prime Minister, Dr. Ruhakana Rugunda, Education and Sports Minister, Janet Museveni as well as all the education State Ministers.

President Museveni asked the teachers to suspend their industrial action for the whole term and promised to meet them again in late July to brief them on the next course of action.

According to a statement from State House seen by ChimpReports, the President appealed to the teachers not to cause problems to the country but rather “seek for equitable salary structures for all civil servants through the establishment of a harmonized salaries board to balance salaries of all civil servants.”

Ugandan teachers recently laid down their tools, saying government was yet to fulfill its commitment on increasing their salaries.

“If members of Parliament can seek an increment of their salaries on conditions that the cost of living in the country today is very high, what about teachers who earn little?” wondered a UNATU official.

The strike was announced just a week before students returned to school for second term holidays.

The strike threatened to disrupt education services in the country with Education Minister Janet Museveni calling for more patience.

On the salary increment for scientists in the country, President Museveni defended it saying that some skills are more needed in society than others.

“You see doctors, when one falls sick it’s the doctor to treat but not a person like me who is Head of State or a Commander-in-Chief of the armed forces,” said Museveni.

The President also stated that as teachers demand for salary enhancement, they should also discuss the source of the national income where revenue that generates salaries comes from.

“By 1987, the tax collection was Shs.5 billion. This is because there was nothing to tax as the economy had collapsed. In 2018 we collected seventeen thousand billion shillings because we now have factories that are producing goods for sale,’’ he said.

UNATO Secretary General, Filbert Baguma, advised that while government has put priority in sectors like roads, electricity and industry; there is also need to consider education, as it is the backbone of development.

He also thanked the First Lady, Janet Museveni who is also Minister of Education and Sports for organizing the meeting and pledged to give her their support