You Need to Write a will to Oppose Museveni – theinsider.ug 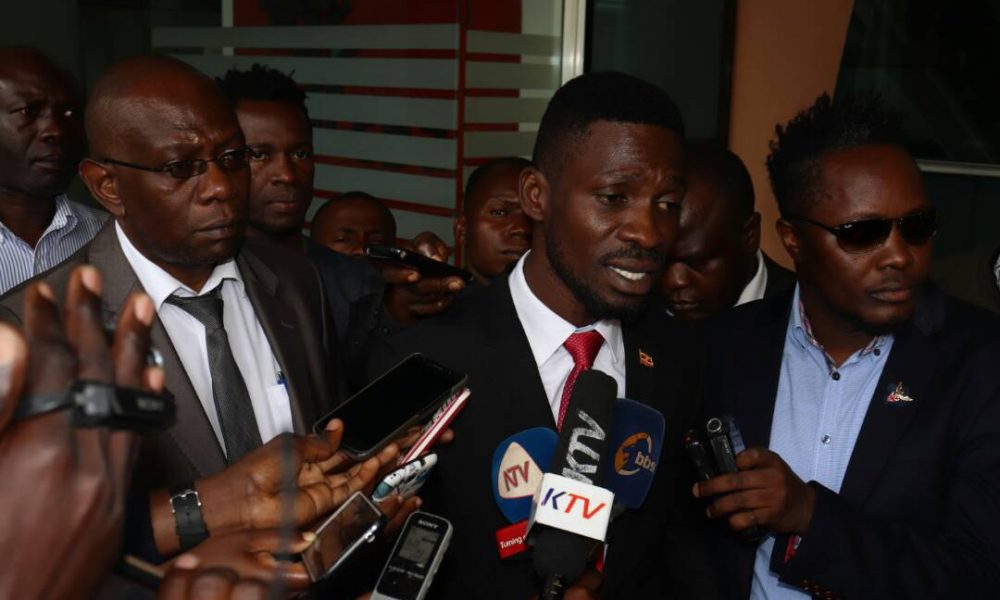 With close to one year since the occurrence of the controversial Arua By-election Mayhem that Claimed one Yusuf Kawuma a driver to Kyadondo East Member of Parliament Hon. Kyagulanyi Robert Ssentamu alias Bobi Wine and the shuttering of the presidential motorcade, several terrifying comments have been made by different people both in opposition and government.

Among these were the comments by famous lawyer Ladislaus Rwakafuzi who was among the officials representing Bobi Wine and 34 others in the Gulu Magistrates court.

Rwakafuzi described the entire Arua bloody event as a planned move to by government aimed at blackmailing president Museveni’s opponents.

He added that president Museveni is always willing and ready to crash whoever wakes up eyeing his juicy State House seat.

“If you don’t know, If you want to compete against president Museveni, you need to first write a will because its always a tough route.” Rwakafuzi noted.

As an experienced lawyer, he noted that though his clients were facing capital offenses, he was optimistic that they will fight for them and at last win the case something that excited several Ugandans.

One Month after these comments, all the Arua Mayhem suspects were charged with incitement of violence, treason and intention to harm the president. They were later freed on bail and till now they are still reporting to the Gulu High Court over the same charges.

In the after-month of all these scandalous events, Hon. Kyagulanyi Ssentamu went against all odds and declared his intentions to contest against president Museveni for the country’s topmost job come 2021 something that excited several youths and also divided the opposition with some attaching themselves to the People Power Movement and others remaining behind seasoned politician Dr. Kiiza Besigye.

This declaration has also changed the political rhythm of Ugandan politics and unlike other elections that have always been dominated by President Museveni and his former ally Dr. Kiiza Besigye, Bobi Wine’s entry has brought on board a group of youths especially those in urban centers something that has boosted hype a head of the looming 2021 general elections.

We all can’t wait for this battle!!