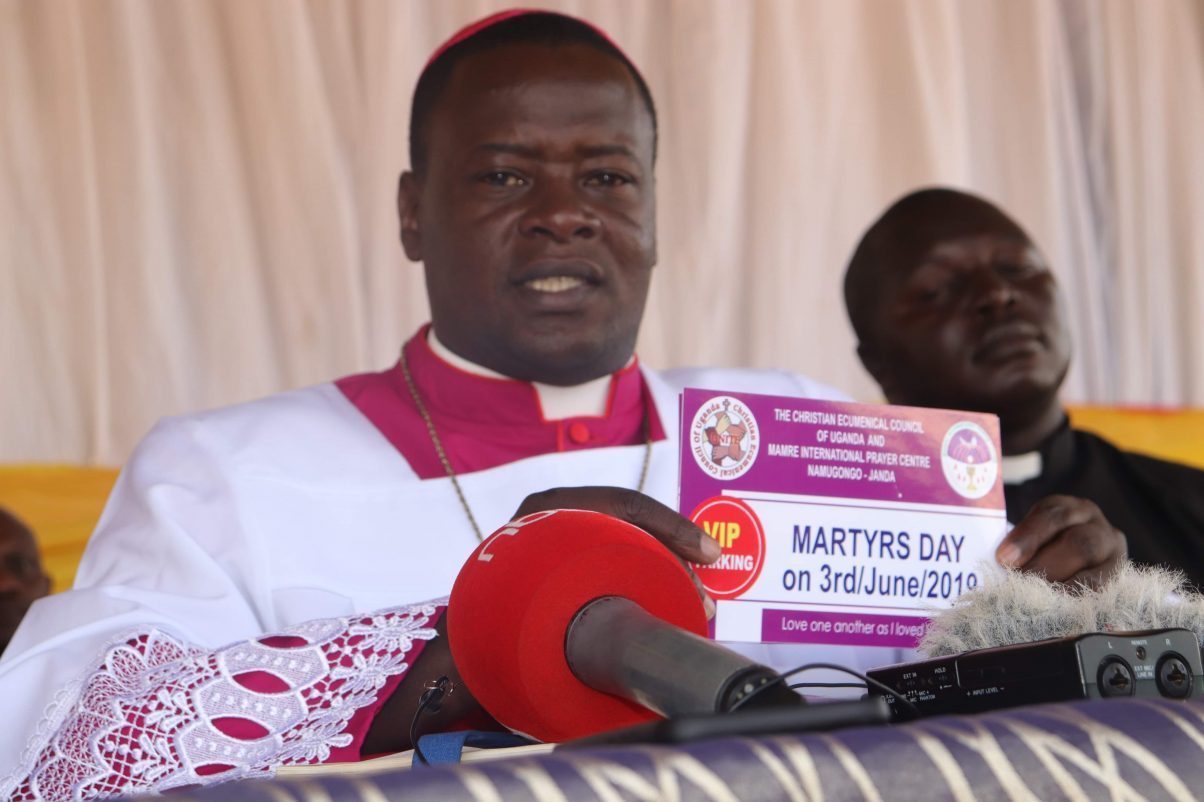 Bishop Jacinto Kibuuka of the Evangelical Orthodox Church (EOC) has asked leaders of other churches in the country to stop attacking him for organizing separate Martyrs day celebrations.

On June 3rd, Father Kibuuka who recently broke away from the mainstream catholic church, will be holding separate Martyrs Day celebrations at his Mamre Worshiping Centre at Janda in Namugongo.

While unveiling preparations for the event, Kibuuka revealed that after scrutiny, government cleared his church to hold separate prayers.

He said those against the idea should understand that his church has people from different denominations that have interest in the Martyrs Day, adding that no group should claim monopoly on the day.

” Among believers we have are Muslims, Protestants, Catholics and those who yet to be baptized,” he said.

“Some of us are related to some of the martyrs; we are all believers.”

Kibuuka revealed that this year’s celebrations at Mamre will attract more than 20 Bishops from countries like Kenya, South Sudan and that the Guest preacher of the day is coming from the United States.

This will be second time that Mamre celebrates Martyrs day.

“Last year we had more than 10,000 pilgrims from various parts of the country,” he said.

“We have been assured of maximum security from various security organs and we hope to have the number of pilgrims doubled this year.”