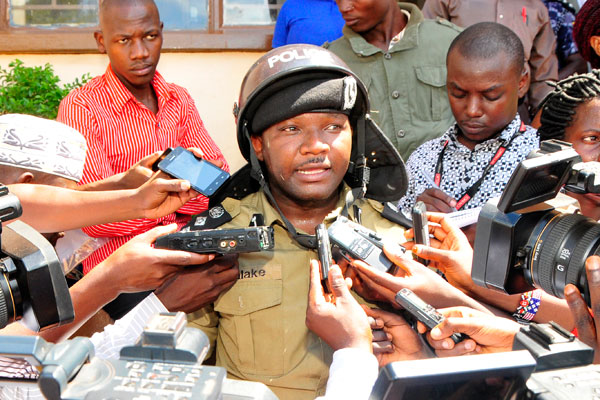 This was in a formal withdraw letter addressed to the Chief Magistrate of the Anti-Corruption Court on May 24, 2019 and copied to the Resident State Attorney and the Regional CID Officer, Kampala Metropolitan East Region.

“This is to inform Court that the Director of Public Prosecutions has decided to discontinue proceedings against ACP Siraj Bakaleke and others,” Chibita noted in the letter.

Bakaleke and others were charged with three counts of abuse of office, one count of embezzlement of funds, obtaining money by false pretence, conspiring to defraud, kidnapping or abducting with intention to confine and conspiracy to commit a felony which have been pending re-arrest.

The Police top management in November, 2018 declared Bakaleke a deserter and subsequently all payments to his accounts were reportedly halted.

He was suspended from duty in May 2018 to allow investigations into the alleged fraud of Shs1.4bn from two South Korean Nationals a one Jang Shingu Un and Park Seunghoon who had come to Uganda for a gold deal.

Despite a warrant of arrest that was issued by the Uganda Police and Interpol, Bakaleke has since disappeared and his whereabouts are yet to be unearthed.