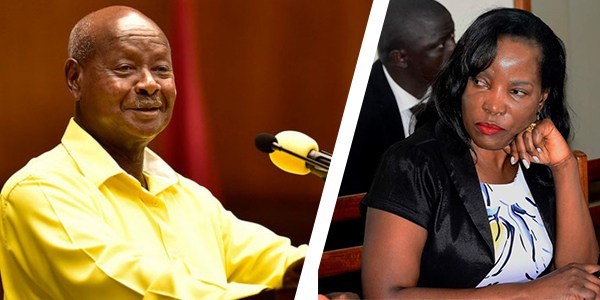 While Kampala ‘Iron lady’ Jennifer Musisi was in her first ‘honeymoon’ term as the Executive Director of Kampala City Council Authority in 2011, President Yoweri Museveni praised her saying; “Kampala was disorganised,a Centre of dirt and theft but she (Musisi) has cleaned the drainages already.”

However,
yesterday while addressing the teachers under their umbrella organisation the
Uganda National Teachers’ Union at the President’s office in Kampala, Museveni
seemed to regret allocating a huge budget to KCCA.

“I paid
Musisi a lot of money to clean up Kampala but she didn’t,” Museveni said as he
admitted to have got it wrong.

Jennifer Musisi who is currently a Consultant at the Bloomberg Harvard City Leadership Initiative in the United States of America resigned as the KCCA ED last year on December 18 before she even finished her endorsed third term in office that was supposed to end in April 2020.

Despite
Museveni’s comments, Musisi is applauded by many to have changed the face of
Kampala City through improving infrastructures like roads, markets, hospital
and schools among others.

Meanwhile Museveni
assured the teachers that their salary grievances will be soon sorted as they agreed
to suspend their strike.