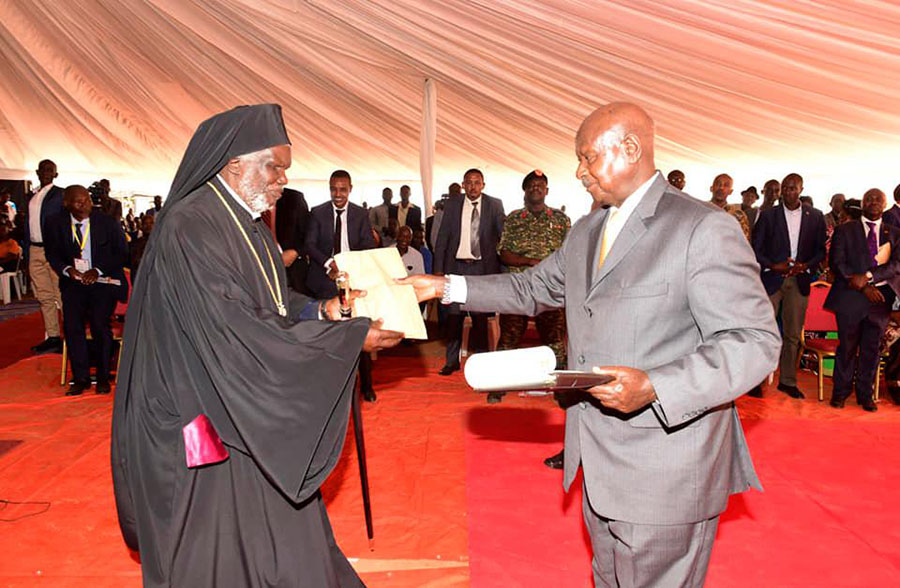 Since the year started five months ago, President Museveni has donated at least Shs 24.4 billion to various savings groups, religious institutions and other causes, an analysis of his donations by The Nile Post has shown.

This translates into an average of Shs 160 million per day or in simple terms, the president’s daily donation can pay at least 315 primary school teachers or construct two modest classroom blocks of Shs 80 million each.

Various groups including teachers and medical workers have urged government to enhance their salaries, a request that has not been successful.

Similarly Parliament has come under attack after revelations that it had set aside Shs 102 billion next financial year to cater for their allowances.

Yet perhaps the most revealing expenditure is from State House which as recent as May 14 tabled a supplementary budget request of Shs 217 billion.

While a big chunk of the money goes into facilitating the president and catering for his security, it turns out that a lot of it also goes into a donation fund.

In November last year, President Museveni defended his donations, arguing that “I cannot live comfortably in the neighbourhood of poor people without doing something about them.”

And indeed, increasingly, he is trying to do something about the poor people.

According to a documentary research done by The Nile Post, the president has donated Shs 24.4 billion between January 1 and May 26.

Museveni’s biggest donation so far this year was Shs 17 billion on January 19.

The president donated this money to women and youth groups under the Youth Livelihood and Uganda Women Entrepreneurship programmes.

On the occasions to hand out the dummy cheques, Museveni said what is keeping Ugandans in abject poverty is laziness and oversleeping.

Then during the 38th Tarehe Sita celebrations in Kitgum on February 6, the president gave Shs170 million to SACCO groups in the Acholi Sub region.

On February 19, the president donated Shs 1.3 billion for the construction of the Uganda Local Government Association, ULGA house. This was the second time, Museveni has contributed money for the house project, whose construction started more than ten years ago.

Towards the end of February, Museveni donated Shs 260 million to 13 youth groups in Kiboga district to enable them start income generating projects.

Museveni made the donation while closing the youth training in entrepreneurship at Bukomero Technical Institute in Bukomero Town Council, Kiboga District.

The beneficiary groups are; PWDs group, welders, mechanics, tailors and cosmetology, among others.

On April 2, President Museveni announced a donation of Shs 100 million into the Savings and Credit Cooperative Organization (SACCO) of the wives of soldiers of the 3rd Division in Moroto where he had gone to tour the barracks.

The next day on April 12, Museveni gave out Shs 3 billion to support youth projects in 35 districts.

The announcement was made by Valentine Kasaija, the special presidential personal assistant on Youth Affairs, during a meeting of NRM youth in Wandegeya, Kampala.

Six days later on April 18 while on a tour of Kasese district, the president donated Shs 70 million to Women Savings groups and Boda Boda Sacco in Bukonzo West.

On April 26 while in Mbarara for the inauguration of Sheikh Abudallah Mukwaya as district khadi, the president gave the Ankole Muslim Sacco Shs 250 million.

A week or so later, the president pledged Shs 300 million towards the construction of the Uganda Orthodox Cathedral at Lubya Hill, in Rubaga Division in Kampala.

He donated Shs 30m cash and pledged a further Shs 270m, saying he hadn’t known the extent of the construction costs.

On May 16 during his Operation Wealth Creations countrywide tours, President Museveni donated Shs 200 million towards the skills development program for Masindi district.

Don Wanyama, the senior presidential press secretary defended the donations saying they are appropriated from the State House budget and are meant to supplement funds that are channeled through other government agencies.

“The donations by the president are temporary interventions. He is not seeking to replace government agencies,” he told The Nile Post in a telephone interview.

Wanyama said the president is overwhelmed by demand for various services and where urgent, he makes the donations.