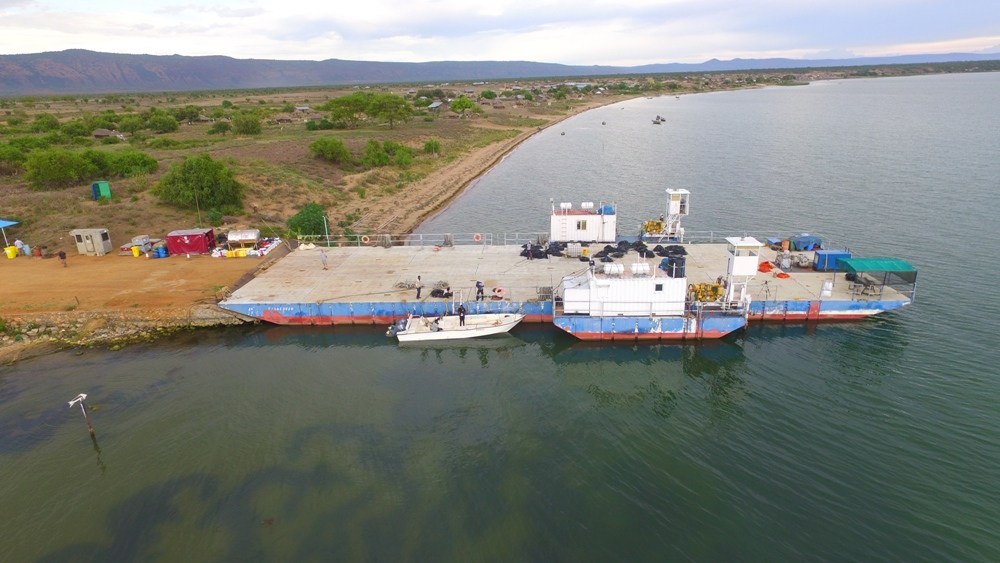 A seismic survey is a method, typically used during the exploration and appraisal phase of oil and gas operations. This method gives a clearer idea of the structures underneath the earth’s surface (subsurface).

OPL contracted UK Based IMC Geophysical Services Limited to undertake the survey, which commenced on 15th April, 2019, and was completed on 18th May, 2019.

“The survey involved the acquisition of 326 line Kilometres of off shore (on Lake Albert) 2D seismic data over the Ngassa Contract Areas,” said Mr. Dozith Abeinomugisha, Director Exploration at the Petroleum Authority of Uganda (PAU).

“The conclusion of this exercise represents an important step by the licensee in fulfilling its obligations for the first two-year exploration phase that runs from October 2017 to October 2019,”

The Nigerian firm was awarded two stratigraphic licenses; the Ngassa Deep Play and Ngassa Shallow Play Contract Areas in October 2017 by the Minister of Energy for a period of four (4) years.

This is the first time Uganda undertook stratigraphic licensing, where two licenses are issued vertically over the same block.

This is to ensure that all potential oil and gas zones in the area are fully evaluated through implementation of the work programmes approved by PAU.

The Ngassa block lies on the eastern bank of Lake Albert, within the villages of Tonya A, Tonya B, Kijjangi, Mbegu, Kaiso and Kyehoro, in Hoima and Kikuube districts.

The block, which was initially part of Exploration Area 2 licensed to Tullow Uganda Operations Pty Limited, reverted to Government after the expiry of Tullow’s appraisal period.

Since the Ngassa prospect lies entirely under the lake, two deviated wells, Ngassa-1 and Ngassa-2 were drilled on land at the periphery of the main structure between 2007 and 2009, respectively, in order to access the reservoirs.

Oil and gas shows were encountered by the two (2) wells; however, a large part of the prospect was untested. This implies that additional exploration work was required to fully assess the potential of the prospect.

“Oranto Petroleum Limited will now process and interpret the acquired data. The results will inform the subsequent activities during the next two-year phase of the exploration period.  We expect Oranto Petroleum Limited to revert to the PAU by October, 2019, with a detailed work programme for drilling at least one exploration well on Lake Albert within the next two years,” said Mr. Abeinomugisha.

The acquired data will be analyzed together with the pre-existing 2D and 3D data to better define the North Eastern part of the Ngassa mega prospect. OPL has also undertaken other technical studies as part of the exploration work programme, including reprocessing of the existing seismic data, Amplitude versus Offset (AVO) and petrophysical studies over the Ngassa 1 and 2 wells to evaluate the quality of the reservoir horizons penetrated by these wells as well as studies related to a drilling solution on Lake Albert.

“We have received great support from Government, the local leaders and communities in the area where we are operating. The UPDF and Uganda Police have provided us with security throughout this exercise, which has been undertaken without incident,” he said.

A Joint Security Team that comprised the Uganda People’s Defence Forces (UPDF), Uganda Police Force (UPF) and the Internal Security Organisation (ISO) led by Brig. Michael Nyarwa, the Commandant of the UPDF Marine Unit, oversaw the security for the exercise.

“We secured the operations on land, water and air, and our team also worked closely with the local community for intelligence gathering,” said Brig. Nyarwa.

“I thank Oranto Petroleum Limited for using labour from the local communities during this exercise and I hope, in the future, even more people benefit from the opportunities created by oil and gas activities,” he said. Mr. Tinkamanyire also called on the Government to ensure local content through OPL’s use of locally available food and other items, and skilling of the local manpower.

The PAU is mandated to monitor and regulate petroleum activities in the country; this includes approving the licensees’ work programmes and ensuring that these are undertaken in an efficient manner. The PAU’s regulatory role also includes monitoring of national content development in the oil and gas sector.

“Over 70% of the workforce employed during the survey were Ugandans. In addition, OPL has subcontracted Uganda firms to provide legal services, security services, camping, catering and general maintenance services”, Mr. Byakagaba added.