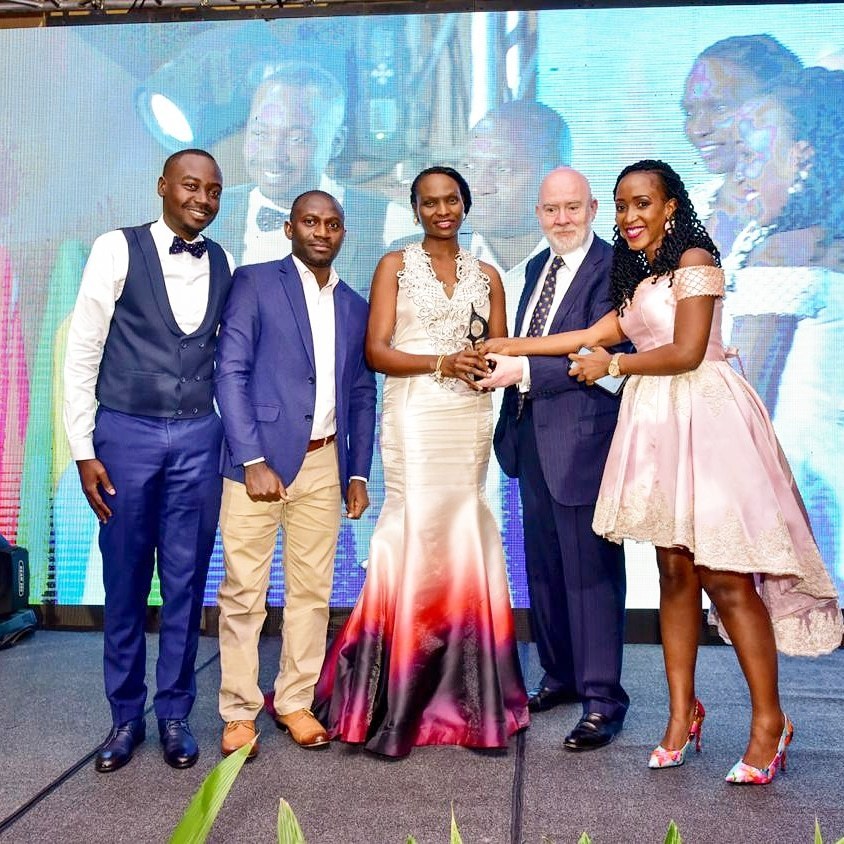 The National Social Security Fund (NSSF) has won 2 awards and in addition received 3 certificates of excellence at the prestigious SABRE 2019 Africa Awards.

The Fund was awarded for its NSSF GO Mobile App Digital campaign and the popular Friends with Benefits Programme that mobilises savings by showcasing success stories from NSSF beneficiaries.

NSSF Head of Marketing and Communications, Barbra Arimi while receiving the awards said that the Fund’s Public Relations and Marketing campaigns were recognized for their outstanding performance in design and execution excellence. Other leading companies that participated included Safaricom, Ford, Intel, Siemens, Nestle, MTN Group, Coca Cola and Multichoice Africa among others.

“These awards once more demonstrate that we as a Fund have come of age, and can ably compete with leading global brands. More importantly, this is a further affirmation that our Marketing and Communications interventions are making an impact on the Fund and the community, as demonstrated by increased trust by our members and other stakeholders,” Arimi added.

The President of the Africa Public Relations Association (APRA) Yomi Badejo Okusanya applauded the Fund for its exceptional work that was displayed in the submissions for the different geographical categories. “I am pleased to see that public institutions like NSSF Uganda are involved in authentic communication practices that are now recognized globally,” Okusanya said.

Paul Holmes who chaired the SABRE Africa Jury said African PR has come of age and the awards reflect a rapid improvement in the quality of work. The Awards Panel pointed out that the winner’s campaigns demonstrated strategic solutions that took courage to design and implement, authenticity and creative ideas that originated from within the DNA of their respective organizations reflecting its mission, its vision, and values, high engagement and behavior change.

The awards were handed over during the Annual African Public Relations Association’s Conference that brought together practitioners in public relations, media, brand management, advertising, government and other marketing communications professionals.

The National Social Security has been recognised both locally and globally for various innovations and implementation of best practices in various categories.

Last year, NSSF was the overall winner at the Financial Reporting awards, the Fund won the Africa Pension Fund Infrastructure Investment Initiative of the Year Award and two International Social Security Association (ISSA) Good Practice Awards for the Friends with Benefits initiative and the E-collections platform.