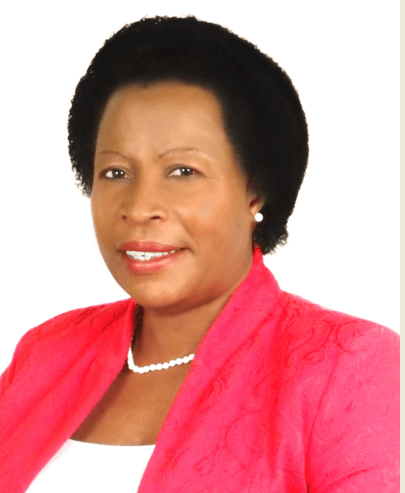 Government should adopt a community-based wildlife management system to be able to solve the Apaa debacle. Recently, yet another committee headed by the Deputy Speaker Jacob Oulanya, was set up by President Yoweri Museveni to resolve the Apaa land issues, following an earlier committee led by Prime Minister Ruhakana Rugunda which handed its resolution to Cabinet. This has all happened even as a parliamentary select committee headed by the Butebo woman MP, is yet to come up with its own resolution. According to the Prime Minister, in making their declaration, Cabinet considered the ecosystem of the area and its contribution to the water-catchment, and pronounced that all the people still in Apaa parish move out by 30th June 2019, that some will be assisted with a resettlement package of Shs 10m, 20 bags of cement, and iron sheets while others will be given Shs2m.

It went on further to suggest that the Apaa market be closed and relief food provided to all households for 12 months to give them time to grow their own food wherever they move to. A directive which did not only plan for where they should move to but made no provision for any compensation for their land that would be left behind. Fortunately, reason prevailed, and the directive has now been shelved. Whilst the Deputy Speakers committee appears to have hit the ground running, and with a more open approach in dealing with the issues, the Rugunda committee was more closed and guarded, which meant that, their resolution to Cabinet and the subsequent pronouncement, stunned and took everyone by surprise.

The background and timelines of cycles of displacement in Apaa village needs to be examined. In 2002, Uganda parliament gazetted Apaa village as part of East Madi Game Reserve, under Uganda Wildlife Authority. In 2007 the people of Apaa returned to their pre-conflict villages after the LRA war ended. However, some were blocked from returning by Uganda Wildlife Authority, (UWA). Between 2010 to date, thousands of the Apaa community have been violently evicted and have had their houses burnt down. In August 2012, a team of surveyors from the Ministry of Lands Housing and Urban Development, (MLHUD), visited the area. However, surveyors from MLHUD clashed with the people as they attempted to plant mark stones in the disputed area. In 2015 Minister of Internal Affairs and MLHUD visited the area and old women stripped naked in protest. Between 6th and 15th June 2017, skirmishes occurred between the Acholi of Amuru district and the Madi of Adjumani district. However, these skirmishes between the two communities have been few and far between, but does not amount to an outright conflict.

Now, the Jacob Oulanya’s committee hopes to delve deeper in order to be in a better position to solve those issues. Example, they are hoping to investigate how the Apaa land was gazetted without consultation with the land owners, who are behind the numerous evictions, how MLHUD were able to plant mark stones and demarcate the border without witnesses, as it has always been the case, in any demarcation exercise. This is the right way to do things. They are also likely to investigate the persistent allegation that the land has been mortgaged to an investor, Bruce Martin, a South African national and the proprietor of Lake Albert Safaris Ltd, to operate a privately- run sport tourism facility. In the article, the ‘Green Land Grab’, by Eria Serwajja, the local Apaa communities have always argued that conservation cannot be carried out “at the expense of people’s livelihood and on private property”. That “the land is held customarily and is not part of East Madi Game Reserve”. Some have been able to demonstrate their claims to the land, by producing their land titles and leasehold certificates. Quoting Serwajja further, other community members referred to the rooted migration patterns, and family settlement histories by pointing to how and when they occupied Apaa Village. 1 A 55-year old man who was evicted from Apaa village and was residing at Pabbo sub-county at the time of fieldwork recounts, “If we are looking at the history of the land we have to realise that right before the colonial period, we were already living in Apaa”. “I was born in Apaa in 1958. But even then,other people were already living there”. A gentleman referred to as Alensio Obur was sent there as a Jago, (Parish Chief), by the colonial administration. “We paid graduated taxes to Gulu district and a census were held in Apaa village”.

The name ‘Apaa’ comes from ‘Oywelo Apa’, Apa meaning ten (10) in Acholi and ‘Oywelo’ is the name of a fruit. This is how the name Apaa came about. It was referred to by the people then as being a place where 10 Oywelo trees were discovered, and where the land was fertile, lush and teeming with animals and birds. Do you remember the Legend of the Spear and the Bead, and the Labongo and Gipir story? In fact, this is where the father of Labongo and Gipir was buried, in Apaa. It is also a place where the Luo migration began. After the brothers fell out with each other, Gipir and his family took the area west of the Nile and became the Alur in Northern Uganda, parts of Sudan and Eastern D R Congo. Labongo and his family took the area east of the Nile, some moving southwards and then eastwards into Kenya. Labongo and Gipir were the ancestral fathers of all Luo and that is why the Luo dialect is not much different between the different tribes of Japhadollas, Itetsos, Langi, Alur, Acholi, including many others. All these tribes are related by their ancestry to Gipir and Labongo. Therefore, to the Luos, Apaa is the “Holy Grail” Incidentally, no similar stories of ancestry have been heard from the Adjumani community. If anything, different accounts have always confirmed how the two communities have lived peacefully side by side since time immemorial, and according to the Labongo and Gipir story, could even be related. Consequently, it is alleged that, the claim of there being conflict between the two tribes of Madi and Acholi over land, is simply being conjured by politicians for their own interests, and therefore, disingenuous. One example of the community cohesion was seen recently with the Cabinet announcement that Apaa market should be closed. It is alleged that both the Acholi community in Apaa and Madi community in Adjumani, resisted the closure of the market, since this was their only source of livelihood. So, this begs the question, whether Uganda has any wildlife, (conservation and management), policy, whose objective should be to reduce the conflict between people and wildlife; by adopting an integrated approach to wildlife management; to achieving the desired goal of mainstreaming the needs and aspirations of landowners and communities in wildlife areas, into conservation planning and decision making processes. This is because those communities have as much right to benefit from the environment as much as animals. According to Benson Kinyua Ngure, these are some of the policies that Kenya has incorporated into their Wildlife, (Conservation and Management), Act 1976, which established the legal provision for the implementation of the policy.

Whilst Kenya has gone a long way in achieving relative success in implementing of the framework law, there has been some failures too, in implementing the legal framework. Nevertheless, where it has failed, the state has been quick to rectify and adopt new policies and approaches to the conservation and management of wildlife in Kenya. There have also been some improvements in compensation to people affected in human wildlife conflicts. Ultimately, therefore, there is urgent need for Uganda to overhaul its wildlife legislation to create a legal framework for a community-based wildlife management model that is participatory and consultative. Participation does not mean informing people of a decision already made by Cabinet, but rather involving the public in the decision-making processes and including them in the overall management. Consequently, the local communities in Apaa and Adjumani, should be directly involved, in the utilization, management and planning of wildlife resources.

Eventually the same should also be rolled out to the rest of the country where government is planning for game parks, game reserves, or a controlled hunting ground.

The writer is a solicitor