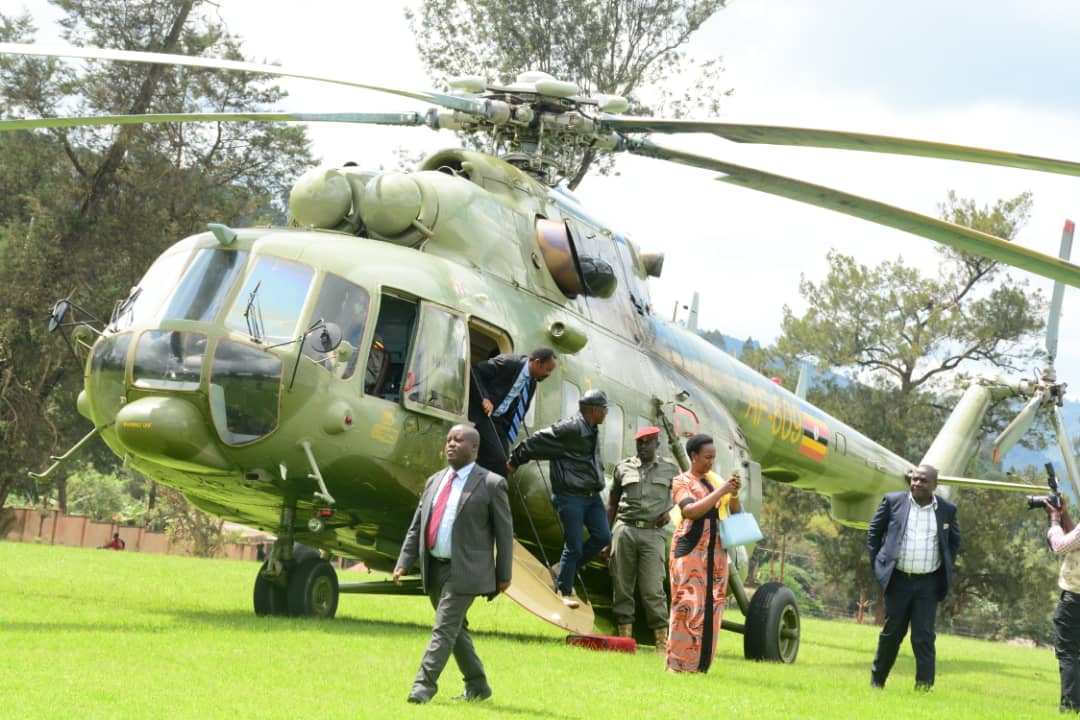 Several diplomats accredited to Uganda have arrived in Kabale to witness the handover of the body of a Rwandan national killed by Rwandan armed forces in a border incident this past Friday.

They include representatives from the East African regional countries and members of the United Nations Security Council.

ChimpReports understands the diplomats flew from Kololo airstrip by a UPDF helicopter enroute to Kabale.

The diplomats, who were carrying bags and cameras, were then escorted to Katuna border where the Ugandan authorities will hand over the body of John Batista to their Rwandan counterparts.

John Batista, 25, a resident of Nkoba cell, Ntarabwe Parish, Nyagatare district attempted to cross into Rwanda on a motorcycle loaded with his merchandise but turned back upon seeing security presence across the border.

Uganda said Batista was chased and intercepted by two armed Rwandan soldiers, a distance of more than 50 meters inside Ugandan territory at Hamisavu Trading Centre.

The victim resisted arrest and was shot and died instantly at Hamisavu, according to Uganda police spokesperson Fred Enanga.

“The armed soldiers in addition shot Alex Nyesiga, a Ugandan National who tried to intervene,” he added.

Nyesiga died on the way to a nearby health Centre. Rwanda denied this version, saying the incident occurred within their territory.