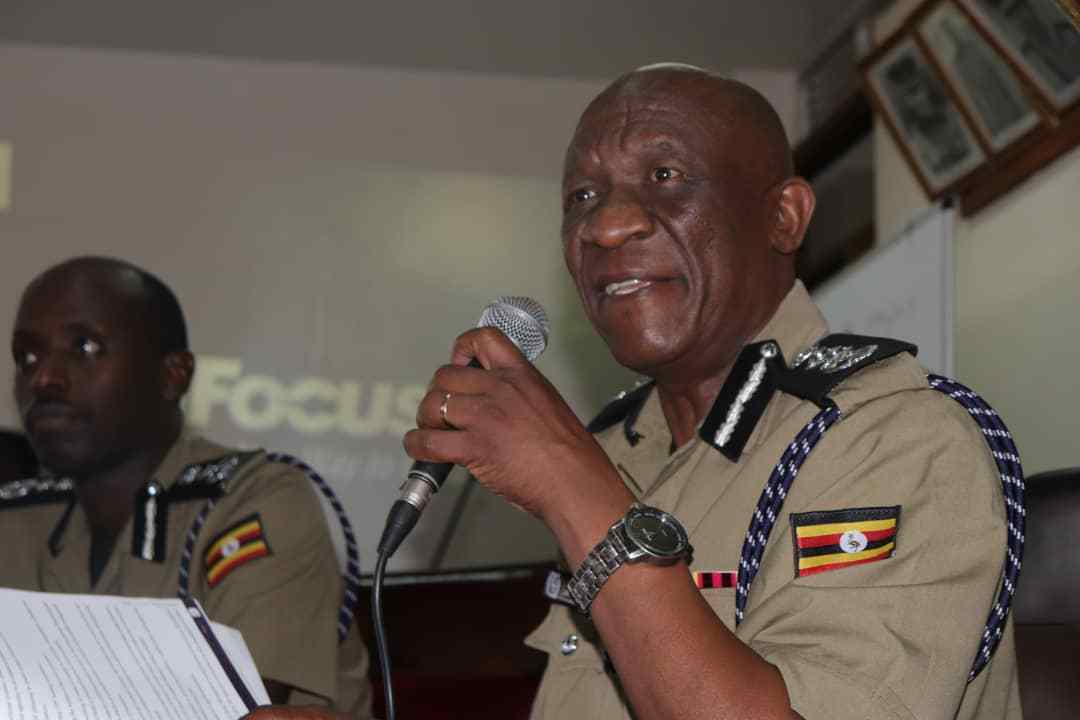 The Uganda Police Force on Monday revealed that it has registered a downward trend in crime rates around the country.

The revelation was made at Naguru police headquarters by the Inspector General Mr Okoth Martin Ochola while launching the Annual Crime and Traffic/Road Safety Report for the year 2018.

“The year also saw unfortunate incidences in which Susan Magara and 15 others were kidnapped and Murdered, Killing of Ibrahim Abiriga, ASP Kirumira Muhammad and Dr. Gwaluka Ibrahim who were shot dead by organized gang of criminals,” the IGP noted.

Mr Ochola added that police has taken action against the suspected culprits of the heinous crime.

“We are however happy to note that, the criminals involved in these acts have been arrested and committed to High Court for trial, save for the case of Ibrahim Abiriga,” he said.

Mob justice was amongst the crimes on the rise and persons murdered due to mob action increased by 5.5% compared to 2017.

“I urge the public to desist from taking the law into their hands and instead hand over suspects to Police,” Mr Ochola advised.

On fire related crimes, report shows a decrease by 7.3% in emergencies handled by Police.

This was attributed to increased fire safety sensitization and public awareness campaigns throughout the year 2018.

From the traffic and Road safety directorate, the law enforcement body said that there was a 3.0% reduction in the number of crashes reported in 2018. Fatal crashes however increased by 4.7% and serious crashes reduced by 6.8%.

However the directorate promised to continue with road safety programs targeting major causes of accidents such as speeding, drunk driving and incompetent drivers.

The police boss appreciated the public, JLOS institutions and all other partners for the complementary efforts in fighting crime.

Mr Ochola attributed police success to President Museveni who he appreciated for the strategic guidance towards the fight against crime.

He noted that the President has established anti-crime infrastructure such as installation of CCTV cameras, finger printing of guns, recruitment of LDUs among others which have helped in reduction of crime.

The police boss also applauded the Minister of Internal Affairs and the Government for the continued support in helping the Police protect and serve Ugandans.

“My appreciation also goes to Parliamentary Committee on Defence and Internal Affairs for their support on the implementation of CCTV project. We acknowledge and commend the continued positive contribution by sister security agencies,” he added.