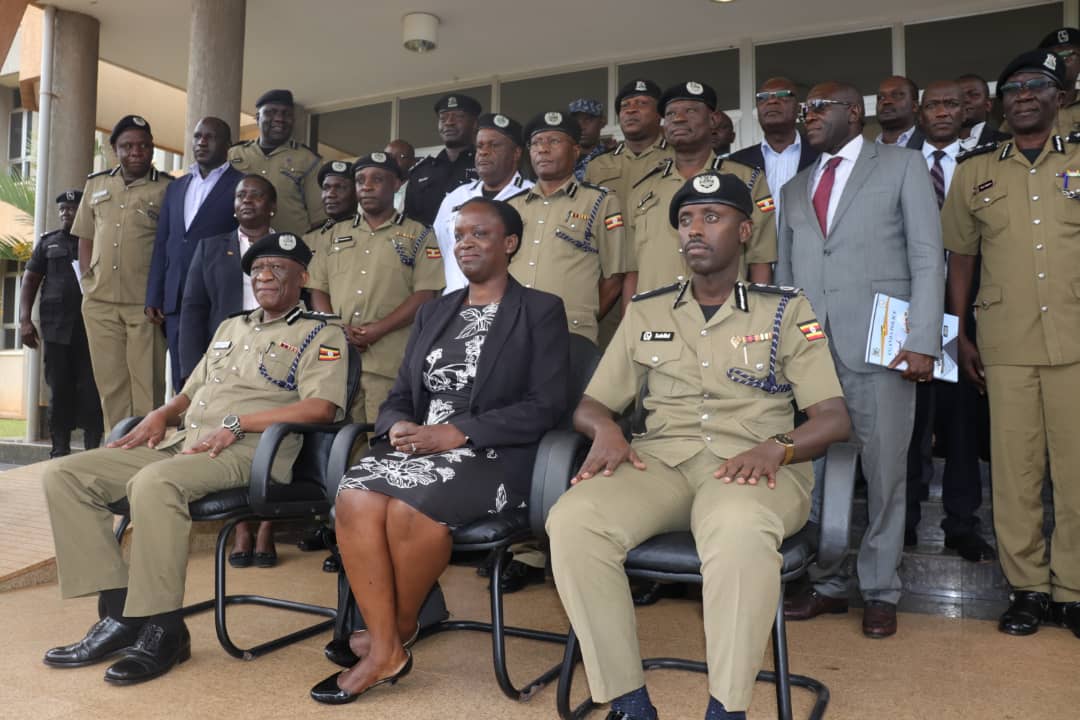 Uganda Police has released the annual crime report showing a 5.2 percent decline in the number of reported crimes in the year 2018 compared to 2017.

The Police on Monday released the report which details the trend in the different crimes as well as the prominent incidents. It was officially launched by Inspector General of Police, Martins Okoth Ochola at the Police headquarters in Naguru, Kampala.

The Director of Criminal Investigations, AIGP Grace Akulo who gave statistics from the report said a total of 73,035 cases were taken to court in 2018 with a total of 22,263 convictions, 1,248 acquittals and 11,121 dismissals.

Cases of terrorism were 16 compared to 12 in the previous year. AIGP Akulo said that sex related offences grew from 16,862 to 17,521. Cases of defilement rose by 3 percent.

The district that registered the highest number of criminal cases reported was Lira followed by Mbarara, Arua and Ntungamo.

In 2018, Police registered a total of 184 cases of kidnaps. The year began with the abduction on February 7 of Susan Magara, who was a cashier with Bwendero Dairy Farm (BDF) along Kabaka Njagala road in Lubaga.

The body of Magara was recovered on February 27 after it was dumped in Kitiko in Kigo, off Entebbe Road. Nine people including traders, boda boda cyclists and an Imam of Usafi mosque were later charged in court and remanded to Luzira prison for their alleged involvement in the death of Susan Magara.

Police has said that there were 202 victims of kidnappings in total, 16 of whom were killed, 84 rescued and 99 were found to have been cases of self kidnapping and later resurfaced. Three (3) others remained missing.

On traffic incidents, the Director for Traffic, AIGP Dr Stephen Kasiima said a total of 12,805 cases were reported representing a 3 percent reduction compared to 2017. However, fatal accidents increased by 4 percent.

The report attributes these accidents to reckless and careless driving, pedestrians who cross the road carelessly and vehicles that are in poor mechanical conditions.

Majority (186) of the cases were caused by negligence while 169 were due to charcoal stoves and 92 were caused by an electrical short circuit. At least 362 people died as a result of fire incidents in 2018.

AIGP Akulo said the advancement in technology which has resulted into increased use of mobile phones is among the drivers of criminal activity. She also cited the widespread use of boda bodas as well as the urge for getting rich quickly and moral decadence as other causes of crime.

Akulo said that Police is still faced with challenges like an overwhelming volume of civil cases which are still reported to Police yet theory are civil in nature.

She also said there is a big workload on the part of the judiciary with some of the district still lacking State Attorneys and courts.