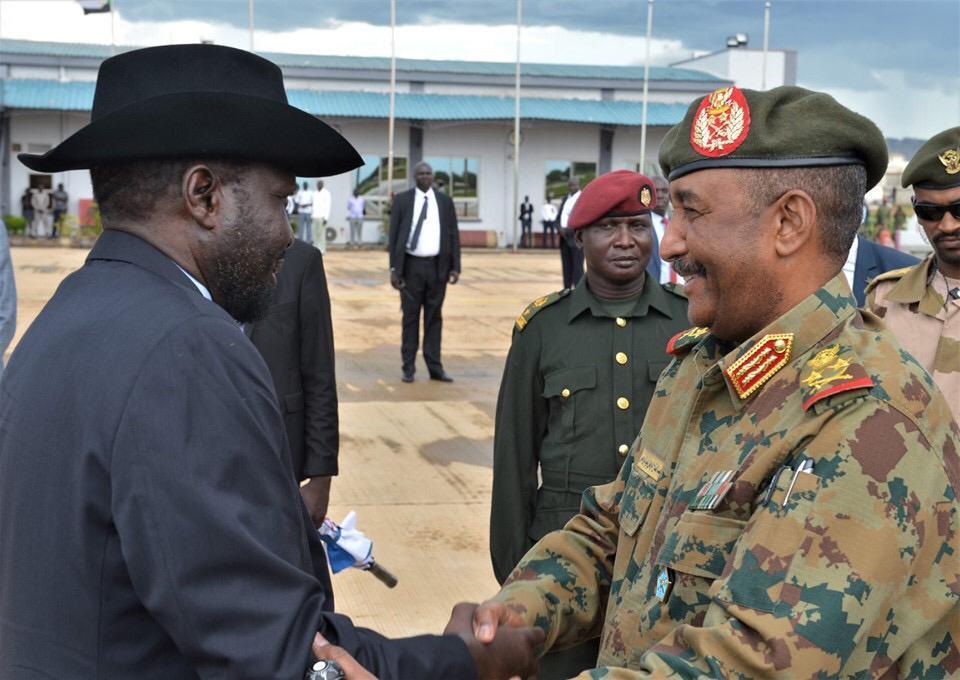 Gen. Fattah, according to a brief statement from office of the President of South Sudan, arrived in the afternoon on Monday.

“The head of Sudan’s Transitional Military Council, Lieutent-General Abdul Fattah al-Burhan, arrived in the Country a few minutes ago on his first official visit after taking the office,” said part of the statement.

The general was received from the airport by President Salva Kiir and several other senior government officials including Ministers of the Transitional Government National Unity.

The visiting Head of State was immediately ushered to the presidential palace for yet to be disclosed engagements with the host.

The military took over power in Sudan last month after forcing out the longtime President Omar Bashir who assumed power in the 1989 coup d’état.

The military intervention was precipitated by the months of protests in Khartoum headed by professionals from different fields.

Protestors are however still on the streets in an effort to reach a political agreement with the military leadership. They want the army to immediately and fully relinquish power to the civilian authority.

The army has already made several concessions like detaining Bashir and some few of his former government officials; released all political detainees and others.