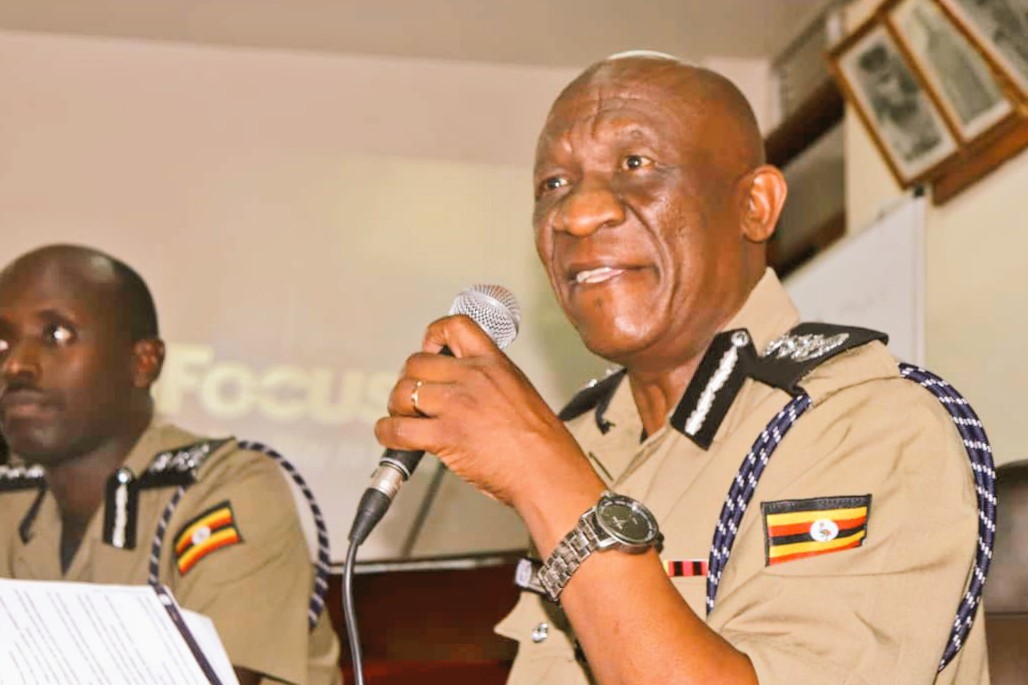 The Inspector General of Police, Okoth Ochola has said that Police will not allow lawlessness to prevail in Uganda, asserting that security creates a conducive environment for investment to take root.

Ochola said this Monday while officially launching the annual crime report for the year 2018. The report indicates that the reported cases of crime dropped by 5.2 percent in the year under review, compared to 2017.

While officially releasing the report, IGP Ochola applauded President Yoweri Museveni for the strategic guidance towards the fight against crime and for the establishment of anti-crime infrastructure such as installation of CCTV cameras, finger printing of guns, recruitment of LDUs among others

He also thanked Parliament for supporting the implementation of CCTV project, and commended other security agencies for the continued positive contribution towards maintaining law and order.

“When there is less crime in the country, there is more investment opportunities,” the IGP said during a news conference at the Police headquarters in Naguru, Kampala.

“Where you have a lawless society, then you have anarchy. We shall not allow anarchy. As long as this team (Police Directors) is here,” he added.

“I always tell people, If you don’t want to be inconvenienced by the State, be law abiding. Because the constitution requires of us to preserve law and order,” the Police chief added.

His comments come at the time when Police is at loggerheads with political actors within the opposition who accuse Police of stuffing their activities under the pretext of enforcing the Public Order Management Act. Many of the public meetings organized by politicians in the opposition including Robert Kyagulanyi (Bobi Wine) and Dr Kizza Besigye have been blocked by Police.

Police has repeatedly said the organizers have not followed the laid out guidelines in the law.

Recently, President Museveni said those intending to hold public meetings and procession for a legitimate reason, must should liaise with the Police.

“The problem we have with some elements of the opposition is that they ignore this. They want to hold meetings or processions near markets or through crowded streets.  This one we cannot allow,” he said.

The new crime report indicates that there were a total of 442 political related crimes in 2018 compared to 193 in the previous year.

IGP Ochola appealed to the media to be positive in its reporting.

Ochola as well credited the vigilance of the population, in general, for their continued invaluable support to augment the efforts of the Police.