Court issues arrest warrant to Gen. Kyaligonza after consistently failing to appear for his trials 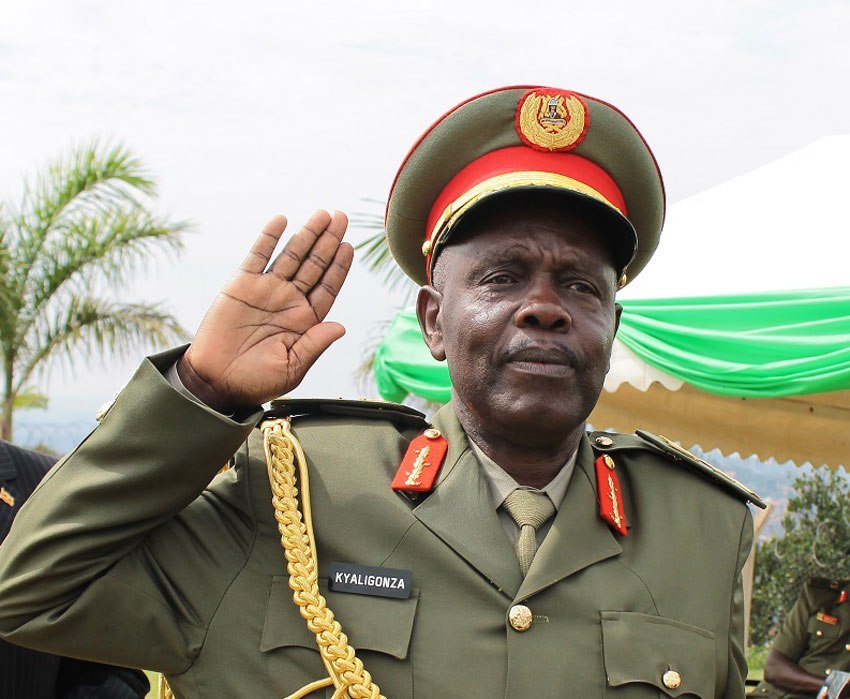 Hantanga
ordered police to immediately effect the arrest of Gen. Kyaligonza and his
bodyguards so that they appear for the next court seating slated for   June 10
and plead to the charges of assault and obstruction of a police officer on
duty.

“Your worship, on April 16, 2019,the state
attorney for UPDF instituted proceedings against the accused persons in the
Court Martial on the same facts similar to those before you. Since they can be
convicted and sentenced by both courts, we pray that this court terminates
these proceedings because they are charged in Court Martial. That’s why all of
them have not appeared in this court,” said one of Gen. Kyaligonza’s lawyers
Mr. Caleb Alaka.

However,
senior State Attorney Jonathan Muwaganya revealed to court that Gen
Kyaligonza’s name was not on the charge sheet for the General Court Martial
case because he is a retired army officer. He also said the retired general’s
constant dodging of the court sessions is a mere sign of disrespect to court.

Traffic
police officer Ms Esther Namaganda who is the victim of the alleged assault
that happened in February this year was present in court.