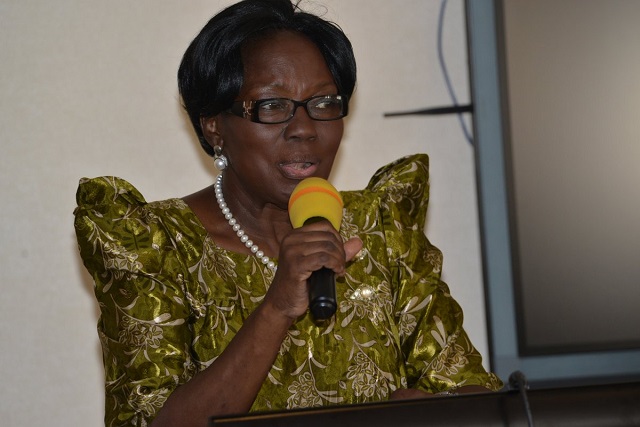 Kampala, Uganda | THE INDEPENDENT | The Greater North Parliamentary Forum has appealed to the Speaker Rebecca Kadaga on scarcity food and the need to desilt valley dams in the sub regions of Acholi, Teso and Karamoja.

The forum made the appeal when they paid a courtsy call on Kadaga on Monday to welcome her back from sick leave.

Members of the forum led by Toroma County MP, Joseph Andrew Koluo, told Kadaga that there is hardly any food in Toroma due to prolonged drought in the months of February up until the rains began in the month of May.

In early April, the minister of stare for Agriculture, Christopher Kibazanga told the media that delayed rain and prolonged drought into the months of March and April would result into crop failure and eventually famine. He noted that the most affected area would be Northern and Eastern Uganda pus Karamoja sub region.

Kibazanga urged Ugandans in the affected areas not to sell all their food stuffs, adding that government would support mini and large scale irrigation in the entire country to reduce on dependence on rain-fed agriculture.

To make matters worse, according to Kolou, due to heavy rains, most of the valley dams have been silted.  Kadaga however asked Kolou on how many sub counties have been affected by the heavy rains.

Klou said that sub counties of Katakwi and Kumi have been greatly affected. Thereafter, Kadaga pledged to support the forum in urging the ministry of Agriculture to provide machines to help desilt valley dams in the affected areas and also to the Office of the Prime Minister on using the Contingency Fund to help out victims of disasters. These disasters include; famine, landslides and floods among others.

Kumi Municipality MP, Silas Aogon also told Kadaga that the hunger problem can only be resolved if the government implements decisions of parliament on setting up irrigation systems in water stressed areas.

Kadaga however says that the MPs will to consider how to get fuel for the desilting machines from the agriculture ministry.

The chairperson of the Greater North Forum, Lyandro Komakech led the delegation to welcome back Kadaga from sick leave. The team gave Kadaga flowers and a turkey to wish her good health.

The forum is made up of 186 MPs who hail from Bunyoro, West Nile, Acholi, Lango, Karamoja, Teso, Bugisu and Bukedi sub regions.

The post Greater North MPs appeal to Kadaga over famine appeared first on The Independent Uganda:.