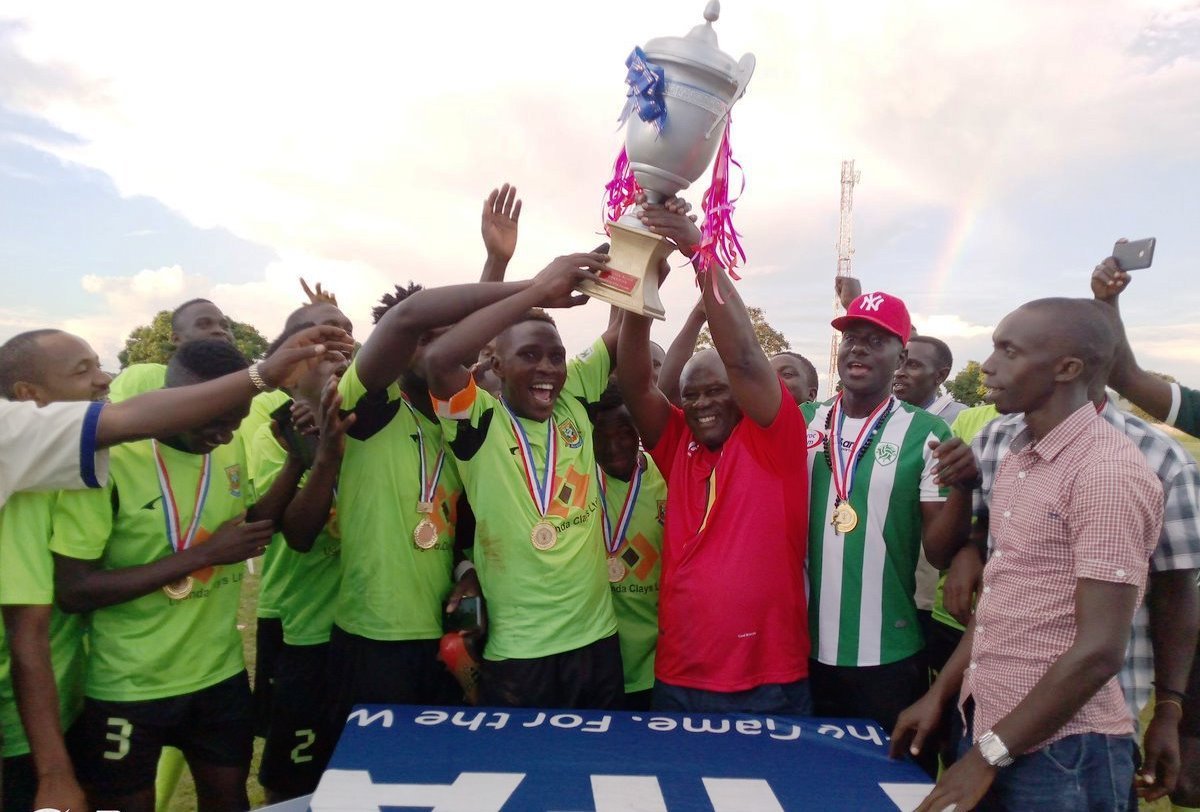 Kajjansi United are the 2019 champions of the Buganda Regional League.

After a one all draw in normal time,
the match headed for the unpredictable spot kicks.

Gabdriel Eragu headed home the
equalizer in show of resilience for Busula and send the game into extra time.

During the tense shoot out, Kajjansi
United had collected nerves scoring through Abduswamadu Mawejje, Nicholas
Sepuuya and Ivan Kamoga although Shamiru Kamoga missed his effort.

Busula were awful, missing all their
kicks taken by Benjamin Semango, Benardo and a one Robert.

Kajjansi United pocketed Shs 1M as
the runners up received half Kajjansi’s money.

Now, Kajjansi United who are coached
by Denis ‘Deman Denol’ Kizito will face the Kampala regional champions Katwe
United in a play-off finale to determine who qualifies to the FUFA Big league.

Kizito has the impetus to drive
Kajjansi United to the desired destination and he strongly believes that his
troops can execute the work in thy midst.

We shall go to the famous drawing board and revise what we have to do. The focus is now against our next opponents (Katwe United) because we are eyeing a FUFA Big league slot. There is work which needs to be done and I believe in my players.

The date and venue for the match (Kajjansi
United Vs Katwe United) remains a mystery as death is to humanity.