The Battle for City Status 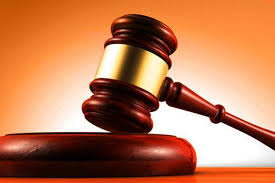 The chairpersons of districts in the greater Masaka region have filed a lawsuit in the Masaka High Court, over their municipality’s city status. The five chairpersons jointly sued the attorney general and ministry of local government Tom Butime for failing to elevate Masaka municipality to city status, despite providing all necessary requirements. They want the high court to order the minister to explain his decision.

In their suit Miscellaneous Cause No. 12 of 2019, Mbabali and others want court to suppress a decision made on Monday 20th May at State House Entebbe, moved by the 1st Respondent (Butime) and communicated by Mr. Ofwono Opondo, the Executive Director of the Uganda Media Centre on the 21st May 2019 approving the creation of nine (9) new cities contrary to the procedure set out in Section 7(2a) of the Local Government Act Cap, 243 and Pragraph 32 of the Third Schedule of the Local Government Act Cap 243.

Going to court came after Butime announced recently that government had created nine new cities which include; Arua, Mbale, Gulu, Mbarara, Entebbe, Tororo, Jinja, Fort Portal and others. However, Mbabali and his comrades were so discontented by government’s decision to elevate other municipalities around the country to city status and leaving out Masaka, which they argue is more qualified to become a city compared to many other municipalities that were elevated to city status.

Let it be known that Masaka with a minimum population of over 500,000 People has no single street light, full of pothole damaged roads, poor garbage collection, a corrupt cash strapped administration with so many other issues such as the struggle to pay rent to Buganda kingdom since the district has no structures of her own and struggling to sustain municipality status and now the leaders are demanding for City status.