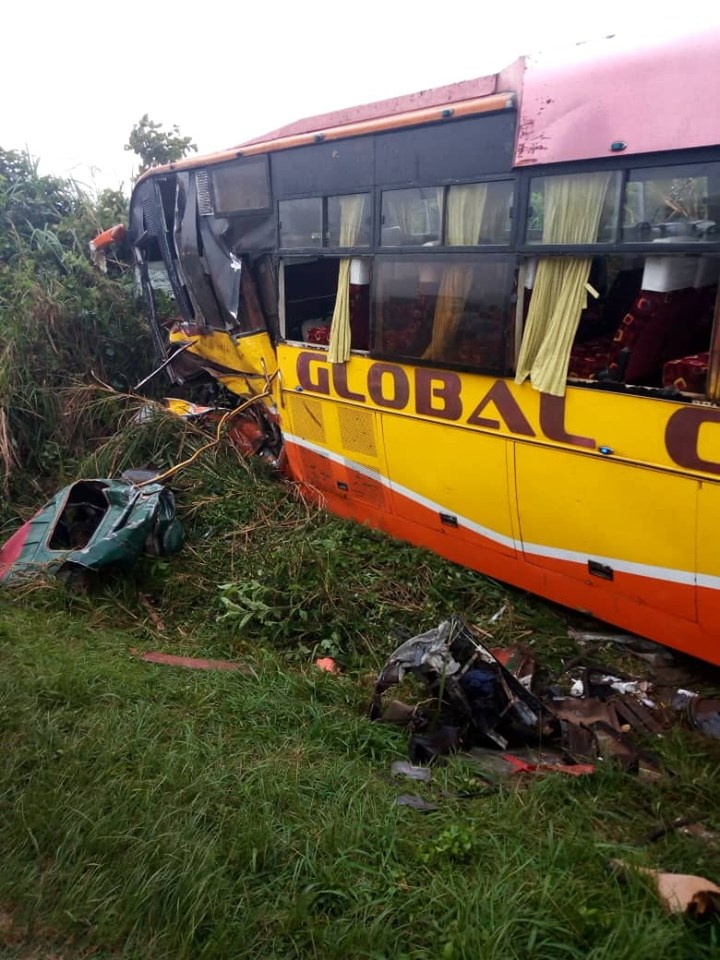 Two people have so far been confirmed dead and over 20 overs injured in an accident that happened at Kayabwe town in Mpigi District, along the  Kampala-Masaka Highway.

The accident happened Tuesday morning on eid day around 8.30am. Eyewitness account blamed the accident on the bus driver Nsiimenta Boaz who reportedly tried to overtake another vehicle and came into collision with the Tipper truck.

According to daily monitor, the acting police spokesperson for katonga region blamed the accident on reckless driving and fog. “The bus driver was overtaking another vehicle at a terrible speed near a traffic police checkpoint at Katonga River,” he said.

One person died on the spot who was known to be the trucks turn boy and the other died on arrival at Nkozi Hospital.

The wreckages of both vehicles were transported to kayabwe police station while the injured were rushed to Nkozi hospital.

The two deceased were transported to Mulago hospital for a post mortem.

One thought on “TWO PEOPLE DEAD AND SEVERAL INJURED IN GLOBAL BUS ACCIDENT.”