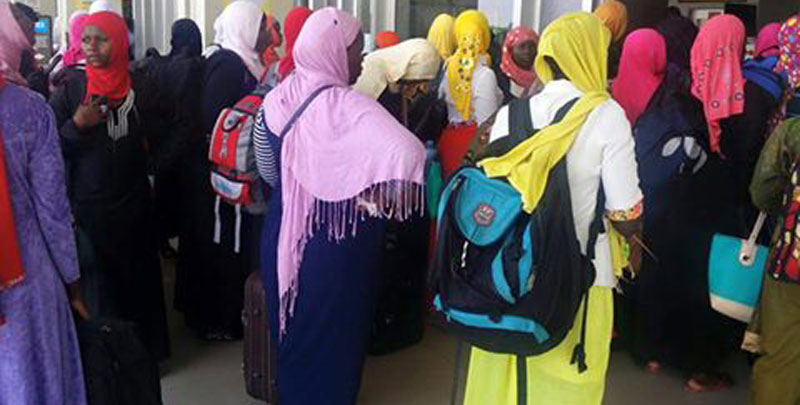 There are days, moments, I want to be in my own bubble. Forget about Uganda, my troubles and just live, take a long solitary walk, read a book, drink iced tea and pretend that all is well with the world. In the old days, I would call my mother and we would spend hours on the phone whilst she filled me in on the latest news about London folk or her latest business venture. But alas…

I want to tell her about the unspeakable acts of people I was raised to believe had “Obuntu”. Those words she repeated so often when she needed for my brother and I to know that we were different from our European friends and neighbours. We were not just individuals, it was never about “I”, but “us”, “we”, “ours” not just “I”, “me” or “mine”. Obuntu set us apart from the selfish ‘I’ that our adopted home wanted us to become.

This weekend I was trying to navigate my new normal when my bubble was burst yet again by an article sent to me, because as the sender noted: “I know Jules you obsess about Uganda, so you may like to read this”. As I read it I felt the rage rise inside me, I was horrified and angry. How on earth can this be allowed to happen?

Why is life so cheap in Uganda?

Why do our people still believe and follow any loon with a “white saviour complex”, who comes to save us “African heathens”?

Then, something struck me, the name ROBERT BALDWIN. It looked familiar, I had seen it a before. On another scandalous newspaper cutting, I had seen it online a few days back. I had a quick check and there it was. 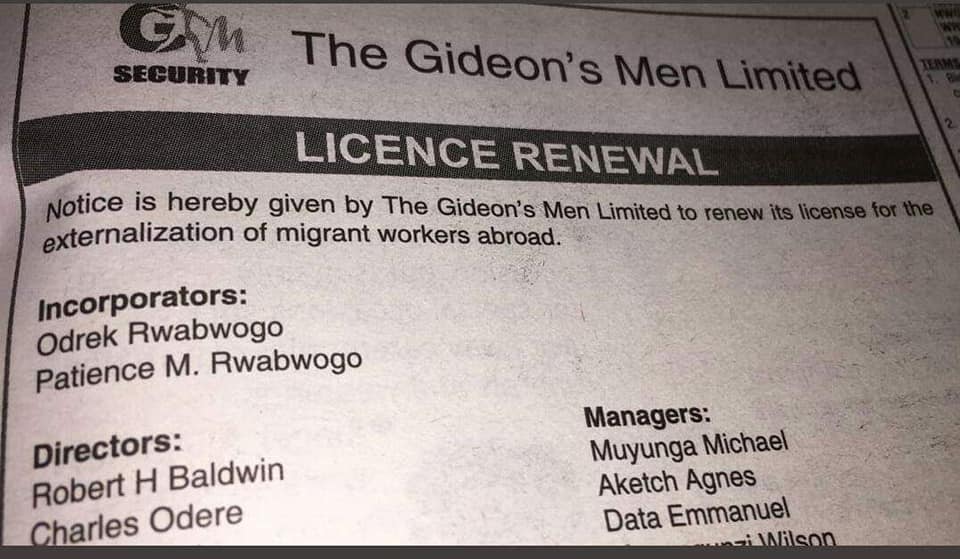 ROBERT BALDWIN… a man named as one of the directors at a company owned by President ‘s preacher daughter PATIENCE MUSEVENI and her husband RWABOGO.

The company was seeking to renew its a licence to send Ugandans abroad, not as gainfully employed citizens with rights. Rather as modern day slaves in the big houses of rich Arabs in the Middle East, gardner’s, security guards and butlers. A week does not go by without hearing of the horrors endured by our compatriots in the Arab man’s land. Young Ugandans full of hope and the potential return in wooden boxes, bodies mutilated and death certificates that tell of suicides by people whose hands were found tied behind their backs.

Beautiful Ugandan girls that could easily be our daughters, sisters…Their lives cut short by the greed of those left in Uganda. The Rwabogos and their proxies, the Robert Baldwins. Usually called “investors”, they come to our lands like their ancestors before them, they come bearing of baubles and trinkets in the form of miracle cures for HIV I one hand and a bible in the other. Like their forefathers, they collude with the new kings of Africa, the Rwabogos, to sell our brothers and sisters into slavery.

They, in the meantime, get the best our beautiful pearl has to offer. They get chauffeured around in air-conditioned modern day carriages on special carriageways built for the sons and daughters of the new Kings of Africa. The new “royalty” that cannot wait in the dirty traffic of the spralling slum that passes for the capital city, Kampala. These latter-day slavers feed, get rich on the blood, sweat and tears of our son’s and daughters.

I want to talk with the wind by my mother’s grave. I have questions, I am angry, I want to ask mummy about Obuntu and whether it was all a myth that she made up for our young ears to paint a picture of her imagined past in the pearl of Africa?

I want to ask where the BUNTU went?

What happened to whom much is given?

What about being my brother’s keeper?

If Indeed the Robert Baldwin who makes our people drink BLEACH to cure HIV is the same as the ROBERT BALDWIN who connives with the RWABOGOS to sale Ugandans into SLAVERY.

I have QUESTIONS for the winds by my mother’s grave.

This article was submitted by Yuliana Namubiru.

OPINION: Mwenda is driven by fear of losing his loot to a new Bobi Wine regime