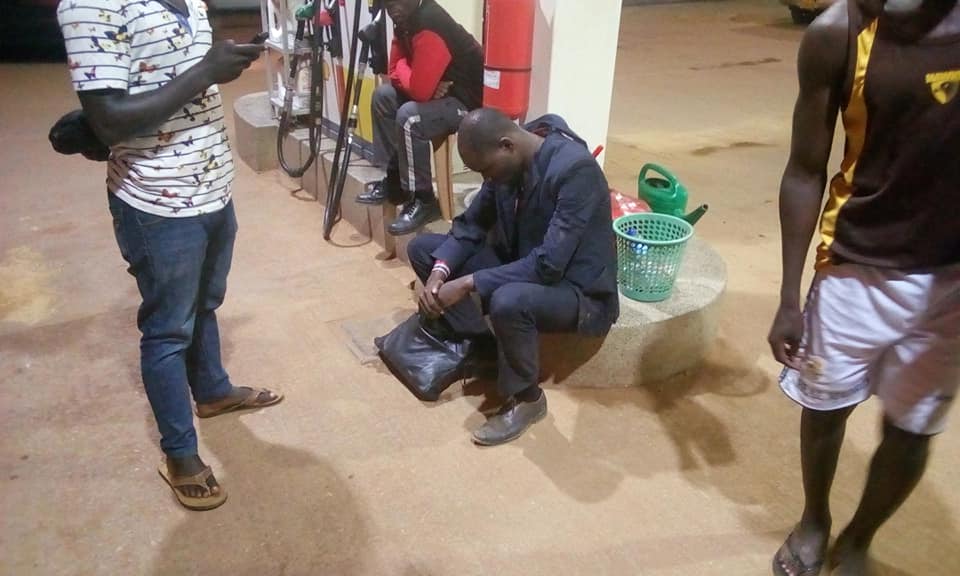 Let me break this down for easy absorption. by Godwin Toko

1. Beyond any reasonable doubt, I can now authoritatively confirm that comrade Mukisa Joshua William is at Bombo Military hospital.
He was referred there from MULAGO, for reasons of “congestion and sensitivity of the matter” according to Fred.
Fred, is a student of Makerere University who was among the first people that met Joshua on the Night of 2nd June. During my undergrad years at Makerere University, I don’t remember meeting or interacting with Fred, though he talked of three-time we met and interacted at campus whilst I was still there today.

2. According to Fred’s narrative, he received a phone call from Joshua at about 1am on 2nd June. Upon receiving the call, he and Elvis Omoit (chairman Lumumba hall) rushed to a petrol station at Bulenga. Where they found a visibly weak, shaken and beaten Joshua.

3. Fred avers that despite his state, Joshua who was able to talk and walk with support told them what happened on the night he disappeared.
The story is that on his way from Makerere’s main Library where he had gone to do some final touches in preparations for his Examinations, he was forcefully taken by men who pushed him into a car, gagged and blindfolded him. His bag with a laptop still in hand.

4. That, he (Joshua) told them, that the men, who he later discovered to be from the military droved him to an unknown destination (remember he was blindfolded) where he was held and beaten (tortured) severely. (Photo III shows the scares on his hand that are said to have resulted from the beating).
That for the days he was in detention, he was fed on nothing but a cup of porridge per day for all the days!
That his captors demanded he leaves the #People_Power political outfit whose flag he carried at the recently concluded guild race where he came second if he valued his life.

5. That more than once, he was injected with a substance he didn’t know and sometimes woke up from what felt like a state of unconsciousness! Joshua, Fred says, was also forcefully fed on some other substance during his detention!

6. That on the night he was released by his ruthless captors, he found himself at the swamp after waking up from what felt like a state of unconsciousness, that he felt something like water under his feet. From here, he crawled to safety. He managed to gather some strength and walked to the petrol station where he made a call to a one Kisitu using a handset owned by one of the staff at the petrol station.

7. From here, Fred says, they reported a case to the police, who took them to Mulago hospital. His family (father, mother and sister) were contacted at this point and they too came through. From MULAGO, they were transferred to Kiruddu and the next day taken to Bombo Military hospital on orders from “one of Fred’s contacts in the army”.

8. From Bombo, Mukisa, Fred and Elvis were brought to Mulago hospital on a special appointment with a doctor who carried some tests on him – some of the sample (or specimen, whatever the medics call it), he told us, was to be taken to Kenya for further examination.
The reason we had to wait at the entrance of Bombo barracks from 12: 20 to about 2:15 pm as I reported earlier.

9. At 2:16 pm sharp, the military ambulance returned from MULAGO and we rushed after it to get a glimpse of Joshua, but because none of us had been to the hospital before and couldn’t navigate our way without help, the ambulance got out of our radar and by the time we found it, Joshua had been moved into a private ward where he is currently receiving treatment.

10. Fortunately, we managed to get in touch and have a one on one with Fred. Joshua’s private room at the hospital is guarded by three soldiers (according to Fred) and no one is allowed to access him save for his parents who were allowed to interact with for a few hours since he is as taken to Bombo.

11. We were unable to make direct contact with Joshua. For the reason that we weren’t allowed access to his private ward.

12. We set out to get the facts and discern them from fiction. I hope this post helps – however little – in achieving that mission.

Except for the statements where I state that I witnessed personally, I can’t guarantee the truth of the rest as they are narrative given to us by FRED who has been with Joshua since 1:30 am on the night of 2nd June.

Martin Musiime (former GRC Mitchell and LLB VERY student) Ssemaganda Timothyand Kalibala (LLB III students and Joshua’s classmates) accompanied me to Bombo. I thank them for allowing to go with me on short notice.
I thank Milly Namuddu and Elvis for feeding me with the right information that led us to Bombo at the right time.

One thought on “Mukisa Joshua brutally beaten and injected with unknown substance.”