Museveni bribes the Clergy with robes 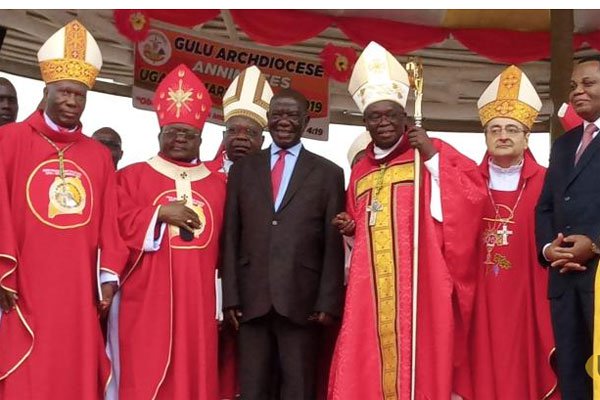 President Yoweri Museveni has promised to purchase vestments and robes for African bishops who are scheduled to attend the symposium of Episcopal Conference of Africa and Madagascar (SECAM) next month in Kampala, Uganda.

The meeting will mark the golden jubilee of SECAM.

Dr. Cyprian Kizito Lwanga, the Archbishop of Kampala said Mr. Museveni confirmed the pledge in a communication to the Uganda Episcopal Conference.

Dr Lwanga said buying the vestments will be Mr Museveni’s  contribution towards the golden jubilee celebration.

As we all know Bobi wine is now giving Mr. Museveni a run for his money so bribing the clergy by fulfiing some of the pledges is one way of turning the clergy to his said.

Lwanga, however, did not reveal the cost of the clerical dresses to thousands of Christians who attended mass in honour of Uganda Martyrs at Namugongo on Monday.

One thought on “Museveni bribes the Clergy with robes”