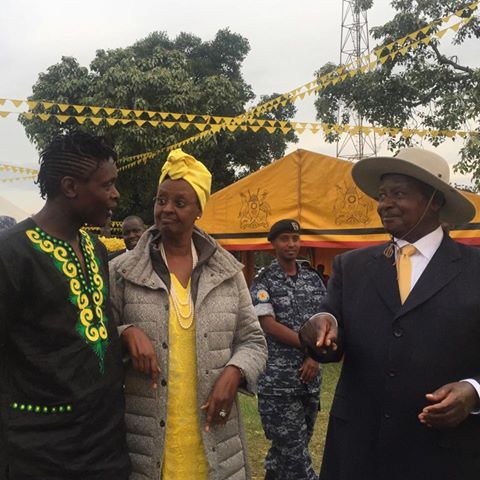 President Yoweri Museveni has unfollowed popular musician, Jose Chameleone, on twitter days after the artiste publicly announced that he had joined the Democratic party and also a believer of the people power movement which will further his ambition to become Kampala Lord Mayor come 2021.

While at the reunion, the singer told the crowds not to associate him with anything that involves the National Resistance Movement (NRM)  because the democratic party is his new political home.

Chameleone campaigned for President Museveni in 2016 and was one of the headline artistes in the song “Tubonga Nawe” and also pledged his support for the NRM party and even promised to do all in his power to make sure that all his fans support and vote President Museveni.

An action that was taken to unfollow Jose Chameleon is not yet clear why the famous president would want to burn his bridges so fast.

However reports coming clearly show that the Old man is under pressure of the new wave of politicians coming on board to destabilize his 33 years of unfulfilled promises.