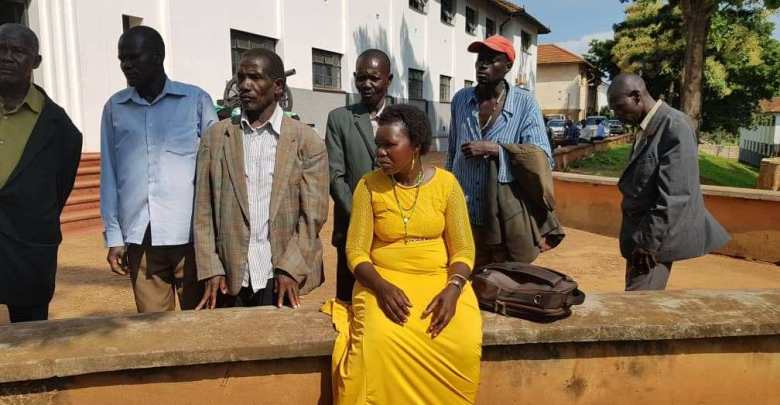 An officer of the UPDF identified as Lt. Ayesiga Kasimbazi was reported yesterday for allegedly evicting residents off their land and rendering the homeless.

Angry Residents from four villages of hoima  district stormed the CIDoffices in kibuli filing a complaint in which Lt. Ayesiga is reportedly to have thrown them out of their homes.

The Angry locals who hail from the villages of Rwenvuvu, Rutukuuma, Katerega and Rwensambya said that the officer has been terrorizing them since 2016 until recently when he decided to take matters upon himself and fully evict them.

At least 600 people have been left homeless and Ayesiga freely walking away with grabbed land worth 230 hectares.

Mr. Okumu the LC1 of one of the villages said that on top of the unlawful eviction, Ayesiga’s bailiffs also harvested their crops and took with them all the animals forcefully without any form of compensation.

In Other news Ayesiga is believed to have been working with district technocrats in this unlawful eviction because their silence on the incident is loud.