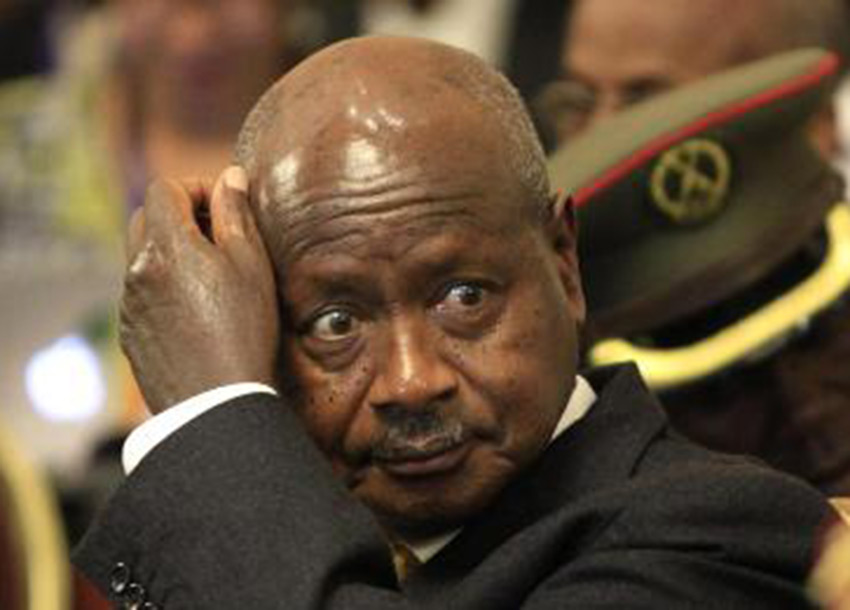 I objectively watched the State of the Nation Address (SoNA) that you delivered Thursday. Although intended for you to summarize achievements in Financial Year 2018/2019, and to give projections for the year 2019/2020, you gave us a recap of ‘your’ achievements since 1986 and turned the SoNA into a campaign platform.

I feel compelled to debunk and put in their proper context the many deceptive statements you made, as follows:

You bragged about the ‘consistent’, ‘strong’ performance of Uganda’s economy since 1986.

As usual, you boasted about the roads constructed by the NRM but you made no mention of the glaring regional imbalance regarding road infrastructure. By 2017, the Northern and the Eastern regions of Uganda which constitute 51.44% of Uganda’s total surface area had a combined total of only 1,441.9KM (33.54%) of tarmac roads out of the 4,297.9KM available nationwide.

Northern Uganda alone, despite being the biggest of the four regions and had a population of at least 7.15 million people, had a share of only 639kms (14.9%) out of all tarmac roads.

Western Uganda, the smallest region in the country, had the biggest share with 34% of all tarmac roads.

In your 2016-2021 manifesto, you committed yourself to constructing 2,000km of new roads by 2021 but available data shows that your government has tarmacked an average of 50km roads per year since 1986.

It would therefore take you 40 years to construct 2000km but you believe that we are too dumb to notice.

You boasted that thanks to your regime, Uganda now has “enough” electricity. However between 1987 when we had an installed electricity production capacity of 180 Megawatts (MW) and April 2019 when we had a capacity of 1,167 MW, only 26% of Uganda’s population (8% in rural areas) have access to electricity as of June 2019.

You boasted that pupils in Primary Schools now number 8,840,589 million countrywide. Meanwhile out of the 1,837,277 pupils who enrolled for Primary One in 2004 across the country, only 102,858 sat S.6 exams in 2016 – which represents a 94.4% dropout rate. Is your intention to have millions of witnesses that there is an education system in Uganda, or millions of competent, final products of that system?

You boasted that the number of valley tanks in Uganda increased by 83 from 155 in 2017 to 238 and that this “improved the number of farmers accessing and utilizing water for irrigation and livestock”. Assuming this ‘achievement’ is true, where were the valley dams as beef prices collapsed to UGX 1,000/= a kilo while a cow went for UGX 50,000/= in the cattle corridor as recently as March 2019 “due to lack of water and pasture”?

Whereas the population explosion we have witnessed since 1986 has been proven to exacerbate unemployment, worsen the vicious circle of poverty, destroy the environment, lower citizens’ general standard of living and much more all of which lead to under development; you gave no indication of what policy interventions your lame duck Government will undertake to reign it in.

You professed commitment “to ensuring a secure and peaceful Uganda … by promoting democracy and good governance”. For a man who can’t let certain musicians ply their trade because they will encourage their supporters to #FunaEndagaMuntu/#GetYourNationalID and vote; and with hypocrisy appearing to be your default setting, it must have taken you tons of courage to make this statement.

I noticed that you skipped the #RwandaQuestion  and the fact that Rwandese soldiers recently shot dead a Ugandan on our territory in violation of our national sovereignty and security.

If we were another country, you would be impeached by now.

There is one technique you mastered. You make it impossible for your political opponents to perform their private and public duties so as to make them look “incompetent”. You have done this to H/W Erias Lukwago since 2011.

You chastised opposition leaders as “useless” to their communities but  I remember how your soldiers shot lawyer Okot P B’tek for attempting to address the grievance of his local fishing community, how Dr. Stella Nyanzi was abducted for fundraising for school girls’ sanitary pads and how your army spokesperson ‘rejected’ an MP’s offer to introduce a Bill in Parliament for the enhancement of armed officers’ welfare, etc. for someone who routinely quotes religious books, honesty is clearly your worst policy.

Generally, your SoNA was the latest confirmation of our belief that you long fell out of touch with reality. It is partly for this reason that we intend to politely push you out of power in 2021, although many of us seem to agree that the sooner that happens, the better for everyone.