We still have the mandate to control protests despite court ruling, says Fred Enanga 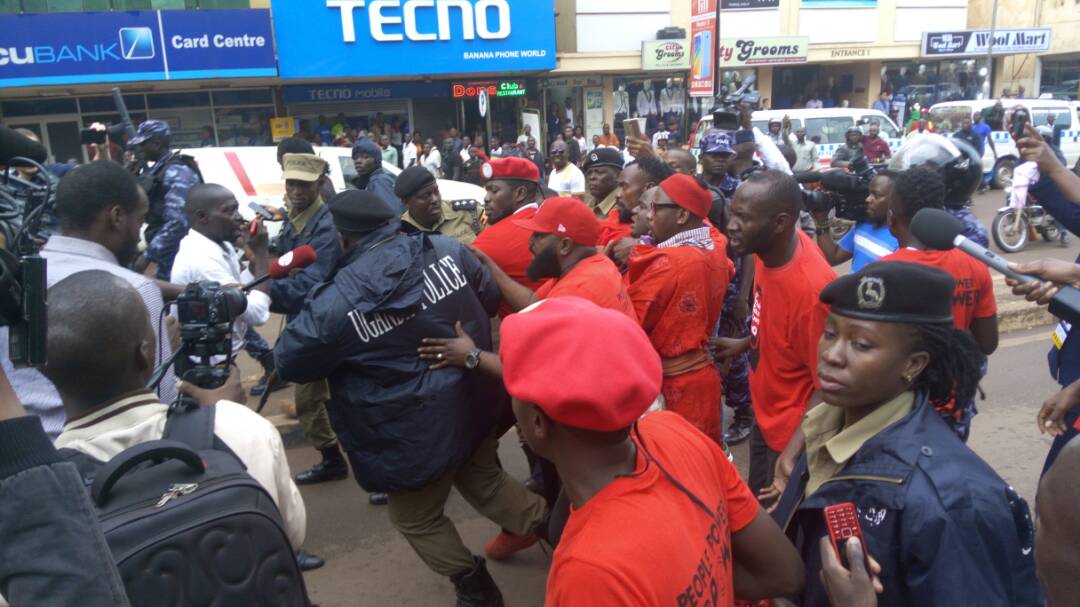 Uganda Police has warned all opposition political actors seeking to exploit the most recent court ruling nullifying some sections of the police act to engage in illegal protests saying there other laws including the penal code that grants police powers to stop unconstitutional assemblies.

A week ago the constitutional court in Kampala delivered a ruling nullifying some sections of the police Act reducing powers that had been initially granted to police.

Justice Kakuru ruled that sec. 36 of the police act was unconstitutional on account that it authorizes and legitimizes police brutality against innocent citizens.

He added that the law as is permits the police to torture, injure and extra judicially execute Ugandans without retribution whatsoever.

However many opposition leaders  welcomed the ruling in excitement with many of them repeatedly accusing the police for interpreting laws to their advantage to stifle activities like rallies and meetings of the opposition on behalf of the Junta.

An excitement that was short lived, when the police spokesperson CP. Fred Enanga said that the court ruling nonetheless police still has the mandate to maintain public serenity.

He also cautioned individuals and groups planning to conduct themselves in a confrontational manner reminding them that police still has the powers to apply protest control measures and none of their powers had reduced.