Why Don Nabasa has been dropped from SFC Command 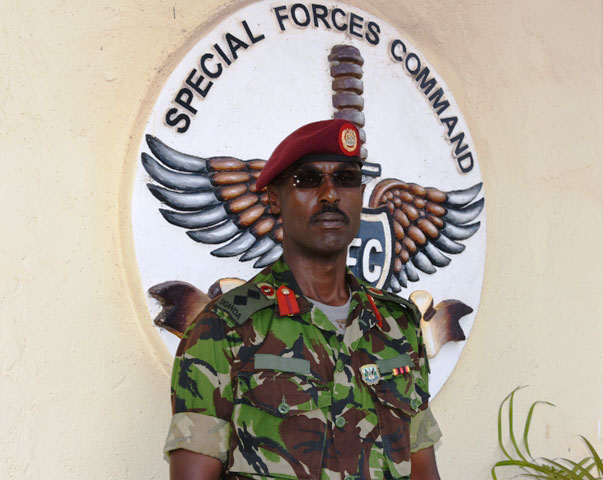 Just a while ago, news has broken that Maj. Gen Don Nabasa has been replaced by Maj Gen. James Birungi as the Commander of the Special Forces Command (SFC). Birungi has been serving as the Chief of Staff for the Uganda People’s Defence Air Force.

As always, the official story is that Don Nabasa has been sent for training. Major Jimmy Omara who speaks for SFC has been quotted by sources breaking this story saying “Maj Gen Nabasa is heading out for a course. The course is good for SFC and the UPDF…”

Don Nabasa has been serving in this position since January 2017 when he took over from the first son Muhoozi Kainerugaba.

So we ask, why has Don Nabasa been replaced? Is there more to this story than meets the eye?

The SFC is a specialist elite force of the UPDF that is tasked with Yoweri Kaguta Museveni’s personal security. Officially, they are also in charge of “Special Operations” within the UPDF. There is no doubt that the SFC enjoys a special treatment in armed forces and has been seen to sometimes act outside normal procedure.

One of the “Special Operations we remember the SFC for is the “siege” at Parliament during the Age-Limit debate where they stormed the floor of Parliament and beat up legislators. The Police Chief then, Kale Kayihura, took responsibility and claimed to have asked for their assistance to put the House in order. The Speaker of Parliament was not amused by this invasion and she wrote to the President over the issue.

At this point in time in Uganda, with tensions between Uganda and Rwanda getting worse, we have seen several changes within the army and security. The SFC being an intimate force that safeguards the President is surely a target for infiltration by those who seek to harm Museveni. Could the reshuffle in SFC be tied to the Rwanda question?

We shall continue to follow the story as it develops.