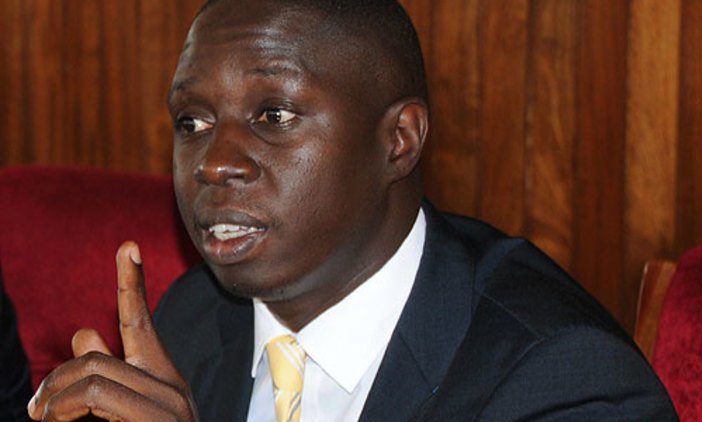 Kampala Central MP Muhammad Nsereko  who has been making news this week was last month dragged to court over allegations of selling a plot of land that was later discovered to be a road reserve.

Bwindi Mgahinga Conservation Trust dragged Mr Nsereko and the Kampala District Land Board to the Commercial Division of the High court, for selling them a piece of land well knowing it was a gazetted road reserve.

The organization purchased the said land located at plot 8 Bat Valley Crescent, Kampala, from Mr Nsereko at an enormous Shs 800m in April 2014.

Mr. Nsereko was paid money in full assuring the buyers that the land was free of any inconveniences.

However the wildlife preservation agency, only discovered the hiccup on August 5, 2015, after Kampala Capital City Authority (KCCA) denied their application to develop the land, on grounds that there was a planned and an existing road on the same land.

The organization states that Nsereko is likely to have illegally and unlawfully created a title for the land and should therefore pay them for their losses.

However, in his defence, the Kampala Central legislator  arrogantly argued that he sold off the land, in the same condition and state that he acquired it from Kikonyongo Investments Limited. Nsereko says the buyers were well aware of the same conditions relating to the transaction as per the agreement.

The MP states that the alleged failure to develop the land has nothing to do with the authenticity of the title or ownership, but rather described it as ‘technical approvals that are within the owners’ power to seek and obtain!’

Nsereko said that the suit claim is misdirected to him, and advised the plaintiff to instead sue KCCA and the 2nd defendant (the Kampala District Land Board) since it is the custodian of government land in the city.