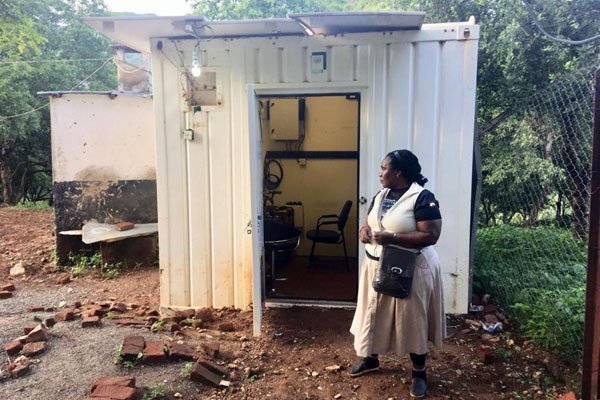 Uganda never ceases to amuse, a government radio is Moroto that was opened in 2015 under Uganda Broad casting Corporation (UBC)  is housed in an old container and only operates twice a month.

Shocking as it is, the revelation was made to the president by James Otieno a journalist who works for the same radio who also said it lacks proper equipment to function normally and only operates twice a month.

The president who seemed disappointed and shocked pledged to follow up on the status of UBC radio moroto.

In 2016, during a press release Frank Tumwebaze said the government had committed Shs. 20bn to UBC as seed capital to buy new equipment, pay for satellite, repair facilities, improving the staff’s working conditions among others.

However three years down the road, some radio stations like UBC Moroto are in a sorry state at the expense of Corruption or mismanagement of funds.

Were there any repairs done, was there equipment bought?  Ugandans deserve better service.

Well as the President promised, we hope his team gets to the bottom of this.