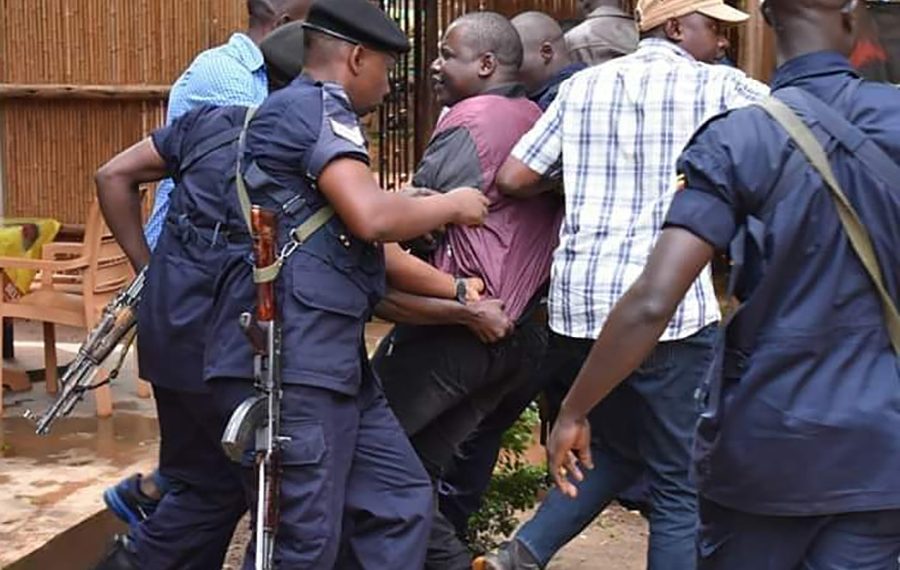 Just hours after Bobi wine instructing his Legal team to apply to court for the release of Bajjo, Police have said Andrew Mukasa of Bajjo Events and a supporter of People Power movement is likely to face treason charges.

Andrew Mukasa also known as Bajjo was arrested on Saturday by SFC soldiers immediately after holding a press conference in which he announced a people power marathon.

While speaking to the media, the Police spokesperson Fred Enanga said the Special Investigations Division of the police is investigating Bajjo over a video in which he was recorded threatening to overthrow President Museveni before the next election in 2021.

The investigation that is still ongoing is expected to lead to charges of treason, threatening violence and jeopardizing national security.

The contested video that was shared on various social media platforms, Bajjo was seen threatening to oust President Museveni’s government before 2021 and warning the army against standing in their way during the ousture.

In his Defence, Enanga said Museveni is a lawfully elected president of Uganda and therefore enjoys all privileges adding that it is a great offence for anyone to threaten ousting President Museveni using force.

“We warn the public against spreading the video,” he said.

He said investigations are ongoing and noted that when complete, the file will be sent to the Director of Public Prosecutions for perusal and resultant arraignment in courts of law.