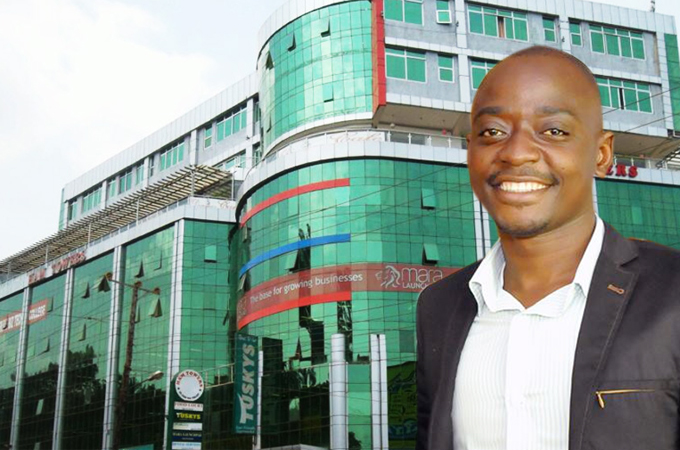 Renowned City business mogul Hamis Kiggundu has been accused of evicting a tenant from one of his buildings known as Ham towers over claims that the tenant is  a People Power supporter.

Ekyooto has been informed that Ham forcefully closed Faiz Café after its proprietor Faizal Kisiki has severally been associated  with People Power including Robert Kyagulanyi.

Kisiki is also believed to be in preparations to contest for the Mawogola South seat as Member of Parliament on the People Power ticket.

Faizal Kisiki through his lawyers of Muwada and Company Advocates has issued a notice of Intention to sue Hamis Kiggundu on grounds that Faiz Café wasn’t in debt and therefore forcefully closing it be treated as a breach of contract, misdirected and evasive.

“Our [client] has through our offices already notified yours vide MWD/HAM-AL/009/12/19 that yours (Ham kigundu) returns money in their possession stolen from ours, plus surrendering in our presence all his remaining assets if not already as well tempered with by yours. We find your call that ours contact yours over the same as idle,” the lawyer’s notice reads in part.

Efforts to talk to Hamis Kiggundu over the matter have been unsuccessful after he said was not ready to play cheap politics.