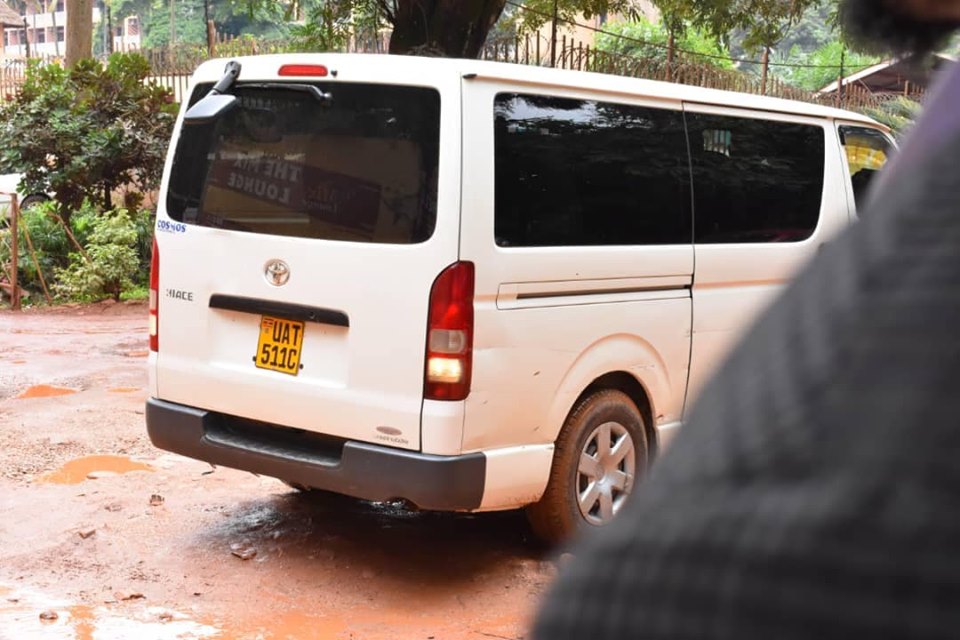 Police has clarified why the van they used to arrest Kyadondo East MP Robert Kyagulanyi aka Bobi Wine’s promoter Andrew Mukasa of Bajjo Events had the same plates as those of the Deputy Inspector General of Police.

While speaking to the press,CP Enanga Fred, Police Spokesperson said that they are aware of attempts to divert the attention of the public and investigators from the major investigation, by dragging the person of the Deputy Inspector General of Police (DIGP), into the arrest of Andrew Mukasa.

Enanga confirmed that the private car number plates belong to a  sister agency who logistically supported the police operation.

Such number plates when the situation demands, can be used to achieve tactical or operational results.

The DIGP last used those number plates in May, 2018, while appearing before the Parliamentary Appointments Committee, Enanga explained.

He said Maj Gen Sabiiti Muzeyi has since been allocated an official police vehicle and now has no attachment to those private numbers plates.

He also confirmed that the Special Investiagations Directorate under the CID had taken over investigation into the case of incitement of violence through Social Media by Bajjo and exciting the public with plans to oust a sitting President.