Police Undermine Omusinga Bail Terms, ask Him to Drive Back to Kampala 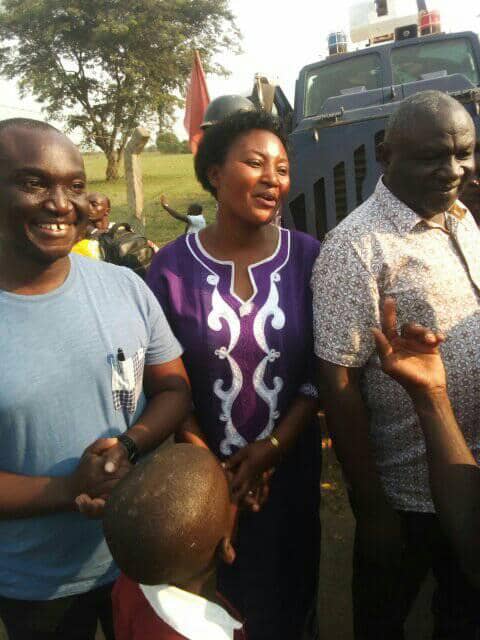 The troubled Rwenzururu king, Charles Wesley Mumbere who was recently granted a fourteen day visitation access to his Kingdom following a two year absence is yet again to frown on his face after the police blocked him from going back to Kasese.

Mumbere’s motorcade has been blocked by armed police officers who ordered him to vacate Kasese with immediate effect. The King had earlier had his bail terms relaxed after Jinja court granted him the right to bury his deceased mother, Nyamukama Christine Biira who passed on recently.

Mumbere however did not bury his mother after his younger brother, a State Minister for Agriculture, Christoper Kibanzanga altered the entire burial program and took the corpse to the neighbouring Bundibugyo district in Obudingiya Kingdom.

Mumberere could not access Bundibugyo because he is perceived to be a threat to the survival of the Obudingiya Kingdom which was crafter out of the Obusinga by president Museveni in the year, 2013. Mumbere’s life would have been at stake if he had agreed to attend the burial.

Today’s blockage has not yet been explained by the police as the public eagerly awaits a statement that is supreme past the court to the point of undermining the bail terms.

Ekyooto has seen a condemnation Facebook statement issued by the area MP, Hon. Robert Centenary who has not welcomed the abuse of the King’s bail rights by the police