Bajjo pleads guilty over threatening to over throw Museveni 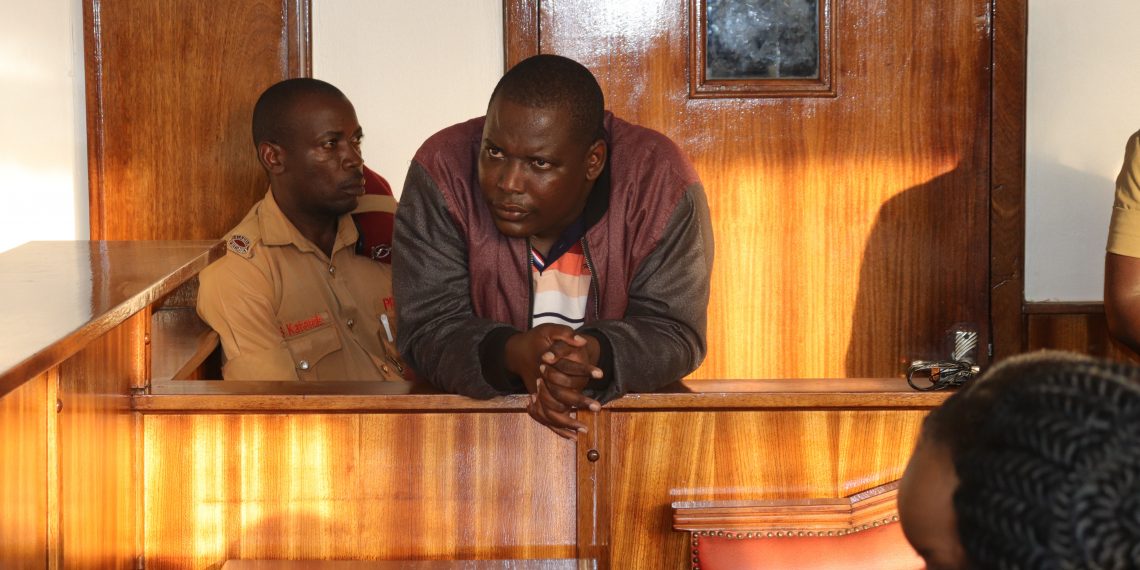 Mukasa was arrested on Saturday after a press conference and paraded before Buganda road magistrates  court on Tuesday before Magistrate  Stella Amabilis who read to him two charges that included inciting violence and offensive communication.

Bajjo whose charges were being read in Luganda denied inciting violence but admitted to the charge of offensive communication.

Nevertheless, there was drama as Bajjo’s lawyers led by Kampala Lord Mayor Erias Lukwago pleaded to the magistrate to charge the plea arguing that the accused had not understood the charges to which he had pleaded guilty.

“While translating for him, the particulars of the offence were not translated. It would be a miscarriage of justice for a plea of guilty to be entered without a proper translation,” the repentant Lukwago told the Chief Magistrate.

There was a heated argument as the Chief Magistrate insisted that the accused had clearly understood before pleading guilty to the charges read to him by the court clerk.

“He is the one who pleaded guilty and I don’t want anyone talking now. I know he understood well before pleading. Because of that, I have entered a plea of guilty,”Amabilis said.

However, it took the remorseful Lukwago to plead with the magistrate not to take the decision saying his client had just answered without clearly understanding the content of the charges.

“Your worship, I humbly pray this does not happen. It was an ambiguous plea.”

However, the Buganda Road chief magistrate was lenient enough to change her decision and adjourned the matter to next week Tuesday until a proper Luganda interpreter is available.

Bajjo was thus remanded to Luzira

Andrew Mukasa aka Bajjo,  is accused of incitement of violence contrary to section 83(i) of the Penal Code Act.

Prosecution alleges that Mukasa during the month of June 2019 at various places including Masaka, Mbarara, Ibanda and Kampala incited the public to do an act of violence against the person of the President by reasons of his political opinion.

Mukasa is also accused of offensive communication contrary to section 25 of the Computer Misuse Act 2011.

The state alleges that the accused during the month of June 2019 at various places including Masaka, Mbarara, Ibanda and Kampala willfully and repeatedly with intent to disturb the peace and privacy of the person of the President recorded a video and posted it on social media.

The prosecution further alleges that the said video contained inciting messages that alleged that he was to overthrow the government of Uganda before 2021 with no purpose of legitimate communication.

That person is liable on conviction to a fine not exceeding twenty-four currency points or imprisonment not exceeding one year or both.

Twenty four currency points is an equivalent of Shs480, 000 currently