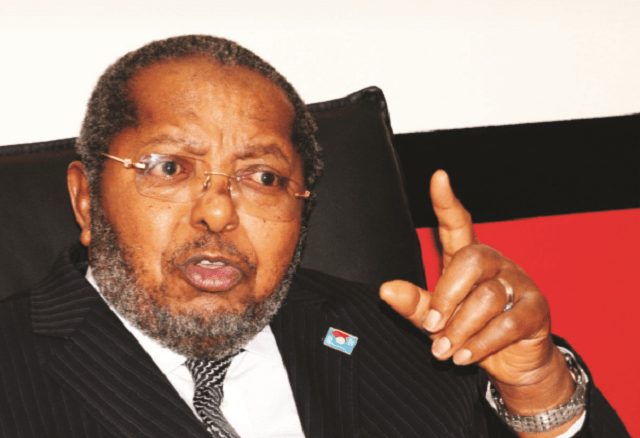 The Governor Bank of Uganda Emmanuel Tumusiime Mutebile has recapped that there was no extra consignment containing printed money besides that which was officially sanctioned by the bank.

Mutebile made these statements yesterday during the meeting where he presented the June monitory policy statement confirming that the Central Bank of Uganda had held the 10.0% rate for the fourth time now.

‘I simply said that it was an anomaly in the sense that the plane came along with 20 pallets and additionally five crates (that were not ours). The 20 pallets were consigned,” Mutebile said.

He urged media to disregard rumours citing that there was extra money printed.

Mutebile’s comments come hours after government spokesperson Ofwono Opondo disowned an investigation by police in relation to the unfolding currency scandal at Bank of Uganda.

Police spokesperson Fred Enanga told journalists yesterday that they were investigating allegations that additional money worth 90 billion was printed and smuggled into the country.

However Ofwono Opondo, the Government spokesperson said they were not aware of what investigation police was carrying out that included money.

“I disagree with Fred Enanga’s statement about investigations in relation to the cash cargo  worth Shs 90 billion,” said Ofwono.

Opondo said that they had talked to the Inspector General of Police to discuss with Enanga so that the record can be put straight.

“We are asking police to correct the statement [that there is an investigation over Shs 90 billion.”

He said they want to know how the boxes got on the plane.