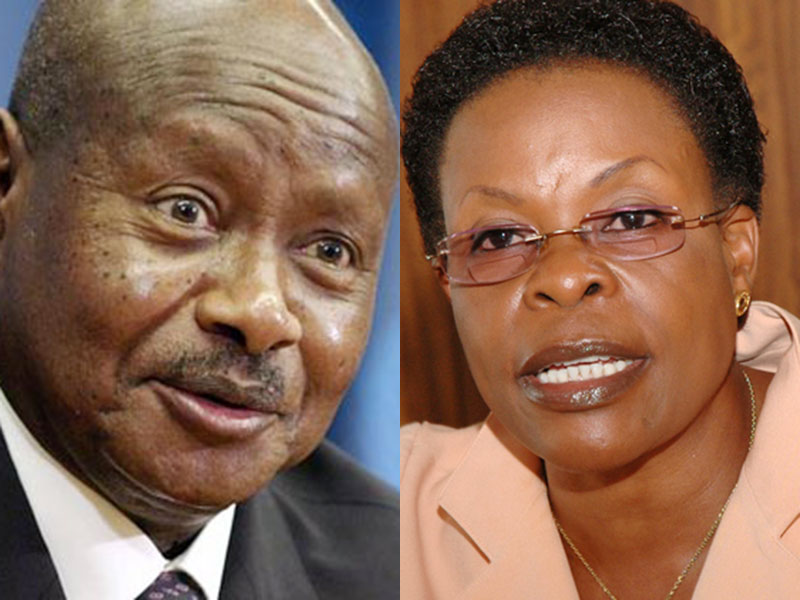 The Central Executive Committee of the Uganda Federal Alliance forced one its founder and proprietor Hon. Beti Olive Kamya to stand down as the Party president declaring her position vacant on grounds that she can’t be everywhere at the same time hence she has to choose where she belongs.

All this happened during heated discussions that took place at Mamerito Hotel in Bweyogerere.

Members forced Kamya to step down arguing that the only way for the Party president’s office to become active will be after she steps down since she. is now working with the NRM government as the Minister for Kampala.

Kamya was also accused of being selfish for wanting to hold to positions at the same time under which conditions all the members voted unanimously for her to step down.

Another reason for being kicked out of her own party was that Kamya did not consult the Party when she was appointed Minister before accepting to work with Museveni.

While speaking to one of our sources, Kamya said she had agreed to their demands to stand down, adding that she would now use the rest of her energy to serve as minister in the NRM Government.

However, Kamya promised to take the entire party executive committee to president Museveni to solve their internal wrangles.

“If the President gets time, I will ask him to meet my party members so we agree on the way forward,” Kamya said, adding that she will ensure the party is well prepared for the upcoming general elections in 2021.

“Since the 2021 general elections are coming up, I need to guide our members on how we should prepare. Whom should we support?” she said.

Party members however dismissed Kamya’s intentions of taking the matter to President Museveni; “we are not ready, otherwise we would have met him already.”

In February 2017, Kamya refuted claims that he party had been merged with the National Resistance Movement, arguing that the party only agreed to formalize its cooperation with NRM to implement government programs.

Kamya said the party wanted to encourage its supporters to actively engage in government programs to eradicate poverty and increase on household incomes.

In 2016, Kamya promised Museveni that she would deliver to him 80 per cent of the votes in the capital Kampala, in case he wanted into stand  2021. She also claimed that Museveni is a gift from God and should be left to rule Uganda forever.

Later in 2017, the leadership of UFA threatened to take disciplinary action against Beti Kamya for allegedly neglecting her presidential duties in the party, making public utterances different from what the party believes in and acting in contempt of its organs.