What next after the arrest of Omar Risasi? 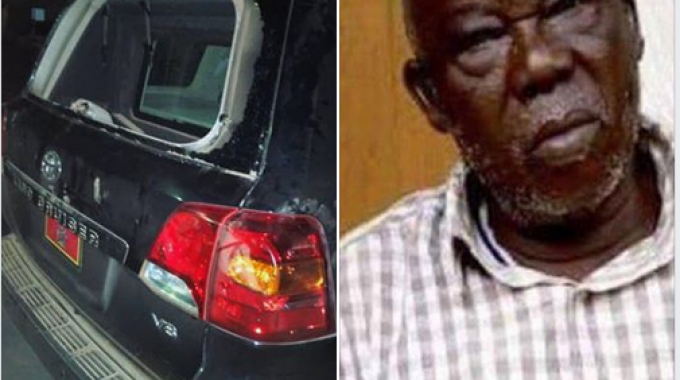 On Thursday, police in Arua arrested a 70yr old man for allegedly stoning President Museveni’s armoured car and shattering its rear window glass. Omar Risasi, a former soldier was yesterday Friday 21st arraigned in court and charged with treason. He was charged for this capital offence without a lawyer.

13th August 2018 will always linger long in the minds of the people of Arua and the country at large. It will also be an unforgettable day in the record books of Hon. Ssentamu Robert aka Bobi Wine, and the people power movement. This was the day when final campaigns for the Arua Municipality by-election were being held. The seat had fallen vacant following the horrific assassination of the incumbent cum NRM clown, Hon. Ibrahim Abiriga. Bobi Wine was in Arua to canvass for support for Mr. Kassiano Wadri. Mr. Wadri, banking on Bobi Wine’s popularity was already a front runner who barring any eventualities, was destined for victory.

The day ended well and as the Kassiano Wadri team was in the hotel in the evening, laying strategies for the election day, all hell broke loose. SFC, the president’s guard dogs, descended on the hotel shooting indiscriminately and beating up whoever was in sight. In the ensuing terror, Bobi Wine’s driver Yasin Kawuma was shot dead. Bobi Wine, Kassiano Wadri, MP Zzaake and other were brutally arrested and whisked away to unknown destinations. Their crime, they had allegedly thrown a stone at the President’s armoured car and shattered its rear window glass.

Kassiano Wadri won the election while in jail, Hon Bobi Wine, Hon. Zzaake and others were heavily tortured and later the trio alongside 30 others were arraigned in Gulu magistrates court and charged with treason, over the thrown stone. The state has since struggled with the sham trial and has struggled with proving that 33 people threw one stone!! 10 months on, the state has only succeeded in frustrating the accused by having them travel from Kampala and Arua to attend to court hearings whose only product has been adjournments. Without any kind of evidence, the state was really struggling to sustain a lost case.

Enter Omar Risasi. The frail Risasi was arrested shortly after he was discharged from hospital where he was being treated for diabetes. The old man is now accused of the same crime that Bobi Wine and 32 others have been accused of. Risasi was part of Wadri’s campaign team. Mr. Wadri has termed the arrest as sheer madness.

One now wonders, what happens to the first case since the state has a new scapegoat? Will Bobi Wine and others get acquitted or Risasi shall be added to the charge sheet? What kind of stone was this that was thrown by now 34 people? Will they receive justice over the torture and unfair trial? What else does the junta have in plan over the Arua fracas?

We have no answers to the above questions but what we know is that this event was the turning point in the people power movement and ultimately for Bobi Wine. The plight of the tortured legislator attracted international attention. It rallied the Ugandan nationals. He turned into a National figure, a leader of the new movement. That single mythical stone was all it took to catapult Bobi Wine on to the national and international stages and also mark him as the stone that is capable of shattering president Museveni’s stranglehold on the Ugandan state.