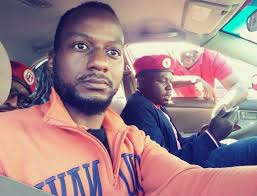 You have probably seen his face around Hon. Francis Zaake. He had in fact been branded Zaake’s second in command. Ismael Serunjogi is a People Power leaning activist who was very popular for his fearless display of defiance and probably militant approach to resisting the forces of oppression in many encounters with security agencies who attempted to frustrate several opposition gathering. 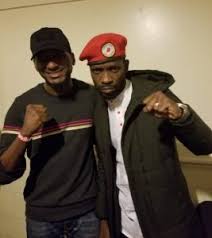 Serunjogi was very instrumental and popular in the Arua fracas in which Bobi Wine and several other legislators were arrested. It is this moment perhaps that put him on the radar of security agencies and caused a potential life threat on his life. He has since disappeared into oblivion and not been seen. This is worrying very many co-activists and freedom fighters.

Ismael Serunjogi had been sighted as a potential candidate to run for the Kampala Central MP seat challenging the incumbent Muhammad Nsereko who is seen by many as a compromised merchant of politics in bed with NRM and Yoweri Kaguta Museveni. Forces in opposition are now considering other possible candidates with Ismael’s disappearance.

Ismael Serunjogi is not the only hunted member of opposition or People Power movement. Many activists are increasingly being put in the spotlight and targeted by security and other government black-ops agents. Just this week, Tom Voltaire Okwalinga aka TVO who claims to be anti-government is involved in a smear campaign against several People Power leaning bloggers and vloggers with ridiculous claims that they are being funded by Museveni and his NRM government to frustrate a coalition between People Power and Besigye’s People’s Government. The said TVO has several times been sighted in scandals where it has been alleged he is a government spy who associates with opposition only to leak their secrets to Museveni’s NRM government and security agencies.